Most of the individuals who are new to archery ask numerous questions, and one of the most common ones is what is a takedown bow? Generally speaking, the takedown bow is a type of weapon that has been created using two limbs and a riser to develop a functioning bow once strung.

The main advantage and use of the takedown bow is its design since it allows the user to easily carry the weapon in a much smaller case once disassembled. Another advantage of this weapon is that the archer can readily alter a bow’s configuration by changing its limbs.

The riser is known as the center of the bow which is gripped by the archer; the limbs are parts of the bow attached to the riser and these are also the areas that bend once the string of the bow is drawn.

The string is present on each of the limbs ends to provide propelling force to the arrow; unlike the takedown compound bow, the limbs of the recurve takedown bow are less stiff.

The archer can readily upgrade and improve their recurve takedown bow with brand new limbs since these advancements can provide greater and better draw weight; this can exude additional force on the arrow for increased accuracy when shooting. However, stronger limbs require the user to apply more effort to hold the bow steady while aiming at the target.

Both the long and short limbs can be utilized to alter the bow’s length; this is to match the archer’s preference when it comes to the weapon’s performance while also ensuring the convenience that it provides.

Keep in mind that all the bows present during the Olympics are the takedown recurve bow while the bows used for survival would be the survival takedown bow which features durability and strength.

This also provides versatility thus, allowing them to easily maneuver the weapon. The takedown bow also features detachable limbs which are greatly useful since an archer can easily pack, store, or even swapped to readily change the bow’s draw weight. 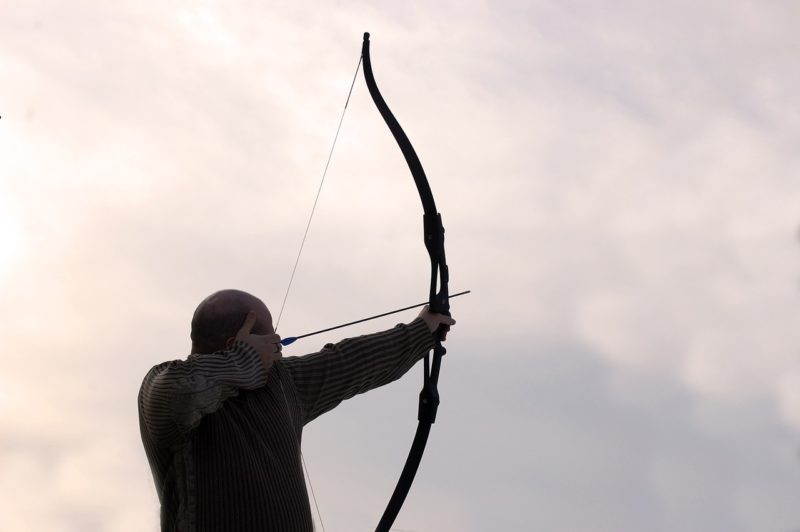 Advantages of the Takedown Bow

Below are some of the numerous advantages of takedown bow which should be present in the type of bow that one selects:

When the archer becomes more experienced, they can readily select a bow that comes in different draw weights and sizes; and with a recurve takedown bow, finding the best piece would be more cost-efficient unlike when an archer tries to choose the perfect bow from other categories.

Traditional bows are indeed very large since its size produces an adequate force that is necessary to shoot accurately and swiftly. However, it also has a primary disadvantage and most traditional bows are not really that portable, unlike the takedown recurve bow which can be disassembled, detached, and easily packed in a bag or container.

Additionally, the takedown recurves bow can also be kept in luggage especially when archers travel elsewhere for competitions, or if hunters go on a hunting trip.

A lot of archers prefer utilizing the takedown recurve bow for extra stability, yet this is a slightly heavier piece since the weapon features three different portions unlike the longbows or single-piece recurves. Although this is the case, making use of the takedown bow is highly advantageous when shooting in the crosswind.

With the wrong recurve takedown bow, one can end up having poorly fixed splinters, limbs, as well as an unreliable safety hazard.

This is the reason why it can be a challenging task to actually find the most suitable and best takedown recurve bow in today’s market, which is why archers should know how to find and what to check when searching for the best takedown bow.

Also, the shop or seller that offers the takedown recurve bow should also be legitimate to ensure that the weapons that they offer are real, safe, and durable enough to last through various activities.