A recurve bow is known as a bow that features limbs that arch away from the user when unstrung. The recurve bow stores more of the archer’s energy thus, delivering more power and efficiency compared to the straight-limbed bows.

Additionally, recurve limbs on bows provide more strain on the materials utilized to create the weapon; plus, these may also produce a louder sound or noise when shot.

Having extreme recurves will only leave the bow unstable when unstrung, and an unstrung recurve bow can appear with a confusing or odd shape; this is the reason why numerous weapons of the Native Americans were destroyed since these pieces were improperly strung backward when their non-owners attempted to shoot or utilize these.

Historical and Current Use of the Recurve Bow

Among the most historical written records of the utilization of the recurve bow can be found in Psalm 78:57; the bows that were made from composite materials were mainly utilized by the Persians, Cumans, Persians, Hyksos, Dacians Scythians, Greeks, Chinese, the Huns, Mongols, and the Turks. These types of bows were spread throughout Egypt and almost all parts of Asia during the second millennium BC.

The standard weapons utilized by the Roman archers were the composite recurve bow and the stiffened siyah’s or laths were used to create the recurve ends; these types of weapons were found throughout the Roman Empire as well as in the northern parts of Scotland.

During the Middle Ages, the composite and recurve bows were utilized in the drier countries in Europe while the regular types in wetter areas were the all-wooden and straight longbow.

The recurve bows were characterized in the British Isles yet there are claims stating that these may have been wooden bows or composite weapons with the ends recurved via force and heat.

Also, there were numerous North American bows that were recurved, especially those that were called the West Coast bows. At some point in history, the recurve bow went out of popularity and was barely used for battle; this was due to the availability of highly effective firearms which were much more advantageous compared to these bows. 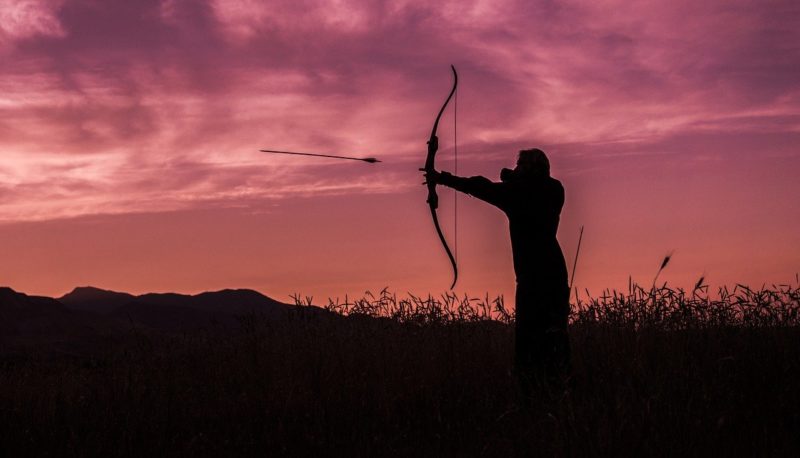 In modern archery, the term recurve bow or just a recurve commonly refers to the regular contemporary recurve bow; these are generally utilized by archers joining the Olympics as well as other types of competitive activities or events.

The contemporary recurve is the only type of bow allowed in the Olympics and is also considered as the most widely utilized piece by Asian and European sporting archers.

The contemporary Olympic type of recurve is the development of the American flat bow that features rectangular-shaped limbs that decrease towards its tips.

Hunters commonly prefer single-piece bow compared to the takedown recurve bow since the takedown’s limb pockets can be the source of noise as the weapon is drawn.

This is probably considered as the best recurve bow to purchase if the user is searching for something durable and unique. It measures around sixty inches in total and has a maximum weight of about sixty pounds; plus, this bear recurve bow is also known as a very stable and well-balanced tool that makes it very efficient and lightweight.

The PSE Blackhawk Bow is a one-piece type of weapon that offers adequate durability and strength. The PSE recurve bow also comes in various drawing weight that ranges from thirty-five to fifty pounds in five-pound increments.

Its riser was commonly made out of laminated hardwood which includes a shelf that is close to the wielder’s hand. It is generally effective for shooting practice since its form, durability and strength make it extremely useful hunting recurve bow.

The Hoyt Buffalo is categorized as a takedown recurve bow and is probably considered as the perfect piece for every hunter around. It is best for hunters and archery practitioners since the Hoyt Buffalo recurve bow is claimed to be the most appropriate tool that exhibits performance, comfort, and accuracy. 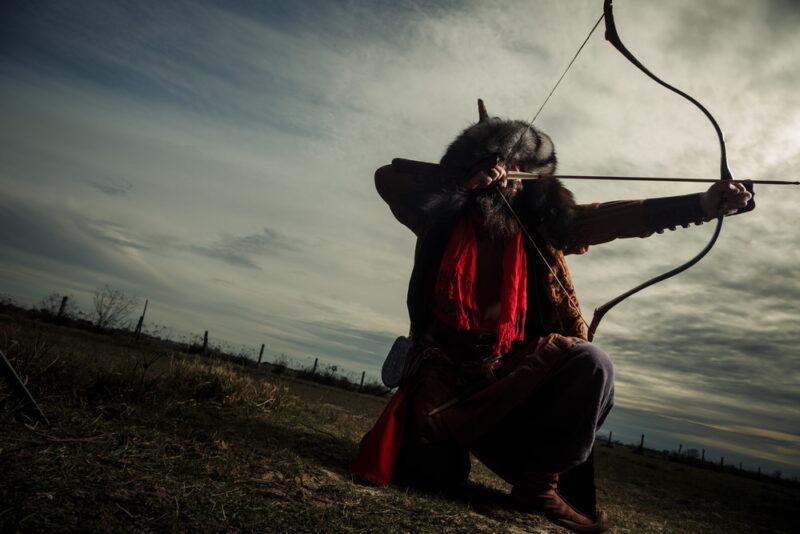 A lot of bow users state that the Hoyt bow is one of the most excellent tools to have for archery or hunting and this is probably the reason why it has become one of the most popular pieces in the world.

The primary reason the Hoyt recurve bow is so great is that Hoyt has actually taken its high-quality Olympic bow then based this to create a bow that is primarily made for hunting purposes.

For those who wish to have a bow that weighs adequately for the user’s strength, there are draw weight versions which make these the perfect women and youth recurve bow pieces. This type of bow is said to be excellent for both indoor and outdoor target practice.

This type of bow weighs around 2.24 pounds and is also considered as an Olympic recurve bow from the SF archery. It is primarily made up of machined aluminum and combines lightness, rigidity, as well as high-performance.

Additionally, it is also known as a computer-aided and forged aluminum riser that is said to meet high specifications, making it also one of the best recurve bow for the Olympics.

A recurve bow is said to be one of the most popular bows of today since the recurve bow is a piece that shoots real fast, is adequately steady in one’s grip, and its arrow is set directly over one’s hand when shooting. This is also the reason why a lot of people are searching for the recurve bow for sale especially when purchasing different types of archery equipment.

However, before actually buying a recurve bow for sale, it is always smart to choose from the best and most durable models to ensure that every individual gets the most out of their recurve bow.

While there are also a lot of recurve bow for sale online, it is also important to check ratings and reviews about the shop or seller one will be purchasing from. This is to ensure that all the items that they provide are safe, strong, and durable, while simultaneously making sure that the seller is also legitimate.