The traditional bow and arrow have been utilized for thousands of years and this has also assisted men for a variety of tasks and activities: the use of these bows have provided protection, food, as well as recreation for people which is why it was one of the most favored weapons/pieces throughout history.

Numerous great names have utilized the traditional bow and some of these people are Robin Hood, Art Young, and Genghis Kahn to name a few. Because of this, there has been a lot of advancements in the field of archery and its equipment, yet despite these, a lot of people still prefer archery in its traditional and more classic form.

Since bow hunting the hard and traditional way still appeals to a lot of people, a lot of archers of today continuously search for a finely made traditional bow for sale.

The traditional bow can also be a recurve or a longbow as long as these do not feature stabilizers, sights, and other additional accessories.

The longbow can easily be identified by its straight limb tips that can be found at both ends of the bow while the traditional recurve bow can be identified via its curved tips.

The traditional bow does not feature a let off and there is no extended period of gripping the bow during full draw; for a lot of archers who opt for this type of bow, it is considered as a much more rewarding approach. 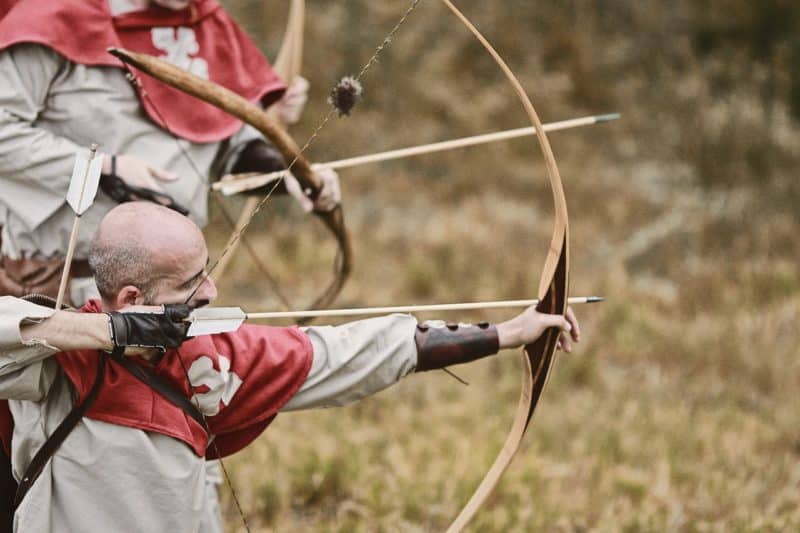 The longbow is a traditional bow that is straight yet has a single curve from each end, making it look like the letter when strung. Fiberglass or wooden laminated longbows are still continuously utilized by classic archers, as well as a couple of tribal societies for hunting and recreation.

The longbow is favored for its practical advantages compared to the contemporary compound or recurve bow; this type of bow is also usually lighter when carried and is much faster to prepare for shooting.

One of the longbows that features a simple design is known as the self-bow, and by its characterization, is made from just one piece of sturdy wood; the traditional English longbows are categorized as self-bows that are produced using yew wood.

The bowstave is sliced from the tree’s radius so the outer portion of the tree (its sapwood) becomes the back then forms about 1/3 of its total thickness; the total amount of bowstave would be fifty percent while the other fifty or 2/3 left would be heartwood. This combination is necessary since heartwood is adequate in compression while the sapwood is only great for tension.

Carrying additional arrows is the main use of the bow quiver; yet if sharpened hunting broadheads are being utilized, the quiver will also work as a protective piece against the broadheads from injuring the archer when not in use; these appear like back quivers which are worn just like a backpack with a single strap hanging right at the archer’s side.

The quiver can be carried on the body of the archer or right on the bow itself, depending on the kind of shooting that will be done, as well as the archer’s personal preference.

Traditionally, a bow’s quiver was made from fur, wood, leather, as well as other natural materials; but in this day and age, quivers are often made out of plastic or metal. 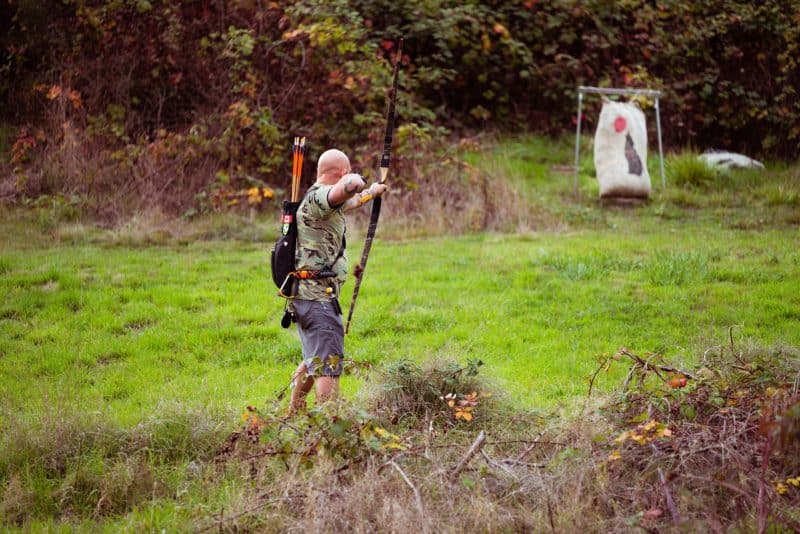 For longbow and the traditional recurve bow, a good thing to keep in mind when shopping for a traditional bow for sale is to ensure that it is a bit shorter than the owner; also, the bow should also have a rather decreased draw weight regardless of the user’s own energy.

When choosing a traditional bow for sale, a lot of archers start off with a simple and cost-efficient bow that can readily help them when it comes to learning the basics of archery.

The archers then transition to a more technically advanced bow once they have gained enough knowledge about archery, and when they have grown comfortable with the shooting form of archery; this will definitely save money in the future since beginning with an advanced traditional bow and arrow may not be sufficient for the future archery needs and requisites of the archer.

Technically as these individuals improve in the art of archery, their needs and preferences change especially when they learn more about the sport.

The first bow that a beginner should utilize must have a light draw weight; children should have around ten to fifteen pounds while an adult should have fifteen to twenty-five pounds.

Having a bow with adequate weight is necessary to put less stress on the beginning archer’s joints and muscles; plus, they will easily be able to work up to the right weight.

Today, a lot of weapon shops offer the traditional bow for sale and these come in different styles, designs, prices, and a lot more. So before purchasing any archery equipment or bow, make sure that the seller or shop is legitimate to ensure that all the items that they offer are made of durable and quality materials.