People who are interested and are fond of archery usually have a set of questions regarding the art, and the most common one would be what is a composite bow? Generally speaking, a composite bow is known as a traditional bow that is created out of wood, sinew, and a horn that has all been laminated together.

The horn can be located on the bow’s belly which faces the archer, while the sinew can be found on the outer portion of its wooden core.

When drawing the composite bow, the sinew and horn can readily store additional energy compared to wood for the same length and size of the bow; also, its strength can be somewhat similar to that of the wooden self bows; these have similar draw-lengths which give off a similar amount of energy that is deposited to the arrow from a shorter type of bow.

However, creating the composite bow needs a variety of different materials compared to a self bow; the process of its production takes more time yet the finished piece is said to be highly sensitive to moisture, unlike other types.

Almost all of the Eurasian composite bows were based on the same nomad elements, yet every culture that utilized these created their own adaptations to the bow’s basic style and design.

The Korean, Turkish, as well as the Mongolian composite bow, were all standardized when the art of archery lost its military function and prominence, thus becoming a popular sport instead.

Construction of the Composite Bow

The basic structure and form of the composite bow were made up of a grip plus two tips and arms that were all made of laminated and plain wood.

All of these materials were fixed together using a special type of glue that was created by combining then boiling down cattle tendons and fish bones.

The thin wooden strips were then curved via steaming, and the various slivers of animal horns were fixed together with glue on the bow’s belly.

After this, the bow will be bent before animal sinew would be glued to the outer portion of the piece; the horn portion should face the user and this should be compressed when drawing the bow.

Origin of the Composite Bow

Composite bows were said to have been first produced by the nomads from the Asiatic steppe, and they may have based its appearance and style on the much earlier laminated bows from North Asia.

However, some of the investigations and reports on the Asiatic steppe were patchy and limited, plus most of these rarely mentioned any details regarding bows. Researchers have found arrowheads that came from the earliest chariot burials in areas like the Krivoye Lake which is part of the Sintashta culture.

The arrows that were found in such sites featured pieces that were fifty to seventy centimeters in length while the bows during those periods may have been equally short. Numerous research and details acquired suggest that the Srubna culture utilized composite bows for a variety of tasks or activities; however, there were no archaeological records noted to prove these claims.

Composite bows were eventually adopted, as well as adapted by various civilizations that interacted with the nomads; such people were known as the Assyrians, Egyptians, and even the Chinese.

Moreover, there were other composite bows located in Tutankhamun’s tomb who died in the year 1324 BCE; the chariots and the composite bows were known to be utilized in China during the years 1700 to 1100 BCE of the Shang Dynasty.

There were also great indications stating that the Bronze Age Greek cultures such as the Mycenaean and the Minoans were utilizing composite bows in large scales, and by the fourth century BCE, the use of chariots ceased and its military importance was replaced by the cavalry.

Advantages of the Composite Bow

The main advantage and benefits of the composite bow are the combination of its size together with high and excellent power; also, these are generally more convenient compared to the self bows when the user is in a chariot, on horseback, or is generally mobile.

Almost all of the composite bows are considered as recurve ones since its shape arches away from the user, and the design of the composite recurve bow provides higher and better draw-weight during the early stages of the user’s draw.

It would also be possible to create a yew composite bow that features the same length, draw-weight, as well as the shape of a traditional composite bow; the only concern is that it cannot store the energy and would commonly break before the full draw. 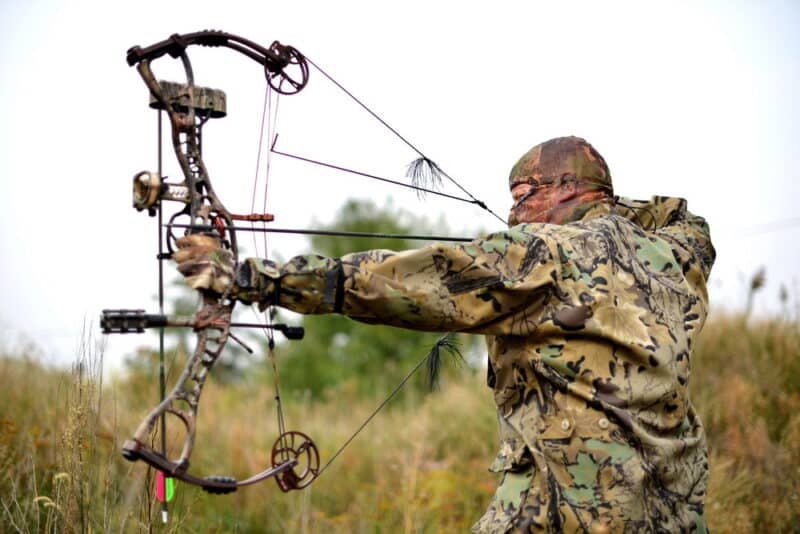 Additionally, the composite bows can be utilized without any difficulty and the classic Roman Empire and Greek troops utilize the composite bow for battle. The troops of the Han Dynasty also utilized such weapons yet they preferred the composite crossbows which they often used during their infantry square formations.

For most practical archery purposes where the users were not mounted, the composite construction of the bow does not offer any form of advantage.

Yet despite this, the weapons are considered extremely superior for horsemen as well as in the specialized form of flight archery. The high velocity of an arrow is only adequate for a finely designed composite bow that offers a high draw-weight.

The Composite Bow for Sale

Like every other bow available, the composite bow eventually lost its importance and prominence when the introduction of firearms for warfare increased.

Yet in other areas, the composite bows are still utilized and were also better developed for various purposes. This is the reason why online weapon shops offer the composite bow for sale for those practitioners or enthusiasts who wish to learn the art of archery.

Also, those searching for the composite bow for sale can find a variety of designs and styles that suit one’s tastes and preferences.