A crossbow is a kind of weapon that has been based on a bow; it features a horizontal bow-like construction that is fixed right on its stock, and it also shoots projectiles called the quarrels or bolts.

As for the medieval crossbows, they were given a variety of names, most of which were based off from the ballista which is known as a torsion siege engine that closely resembled the crossbows.

Crossbows in History and in Modern Day

Historically, the crossbows played a very important role in various battles in the Mediterranean, Europe, and East Asia. The earliest types of crossbows were first created in China which caused a huge change when it comes to the role and usage of projectile weapons.

The classic bow and arrow had always been a specialized weapon that required adequate training, expertise, as well as outstanding physical strength to actually operate the crossbow with excellent efficiency and accuracy.

The crossbows were also known as the first projectile weapons that were cheap, simple, and physically non-demanding when operated or utilized by a large number of soldiers; this allows anyone to build a potent and highly effective force consisting of bowmen with very little expense.

During the modern period, crossbows have been greatly replaced by firearms in numerous roles; but despite this, it has still been widely utilized for various activities such as shooting sports and even in hunting.

Variants of the Crossbow

Crossbows have existed in different styles and variants and one of the best ways to categorize these is by its acceleration system; another way is by determining its actual size, energy, as well as their degree of projectiles or automation.

The recurve crossbow is a weapon that features curved tips that arch away from the user; its bent limbs allow for a longer draw length compared to the straight-limbed bows.

This gives increased speed to the projectile while simultaneously giving the archer less hand shock. Additionally, the recurved limbs also apply more strain on the materials that have been utilized to create the bow, plus, these also make more noise when shot. 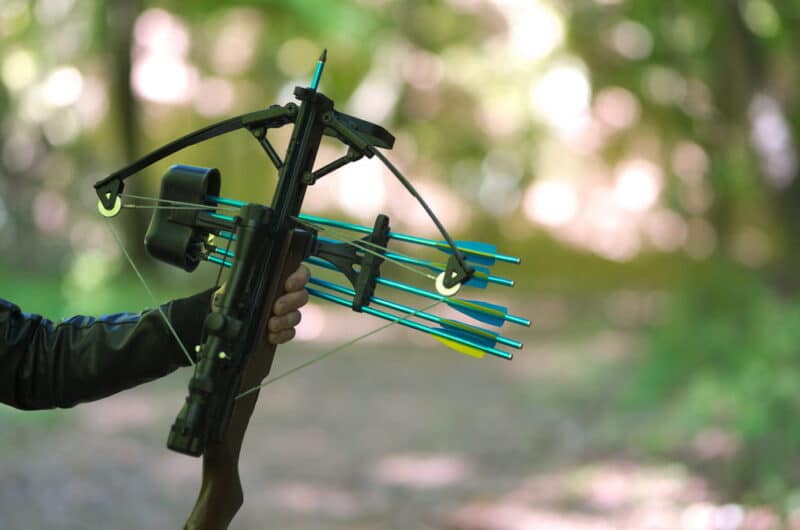 The compound crossbow is a contemporary type of crossbow that has great similarities to the compound bow; its limbs are usually more stiff compared to those of the recurve crossbow.

The stiffness of the crossbow’s limbs make the compound bow more efficient when it comes to exerting energy, yet its limbs are too stiff and challenging to be drawn with ease since a string is directly attached to the crossbows.

The smallest crossbows are referred to as the pistol crossbows which can readily be shot from under the user’s arm. An arbalest was considered as a heavy type of crossbow that required special and distinctive systems that were necessary for pulling its sinew using windlasses.

Another type of crossbow is the handheld bullet crossbow; it shoots spherical projectiles made of lead, stone, or clay instead of shooting the common bolts or arrows. There are two types of this crossbow: one that has a barrel featuring a slot for its string, while the other features a double string with pockets specifically for the projectile.

The slur bow is also present and it is a kind of crossbow that features a metallic or wooden barrel that can be found at the top of the stock – there are claims which state that this was influenced by the appearance of the pistols.

The origin and creation of the crossbow date all the way back to the ancient period of China, where the weapon was created then utilized in numerous wars across the world. In this day and age, some of the best crossbows are considered as very powerful devices that exceed even the finest and best classic bows when it comes to power and accuracy.

Listed below are some of the best crossbows that one can choose from when searching for a crossbow for sale, making it easier for them to select the best one that will suit their needs and preferences. 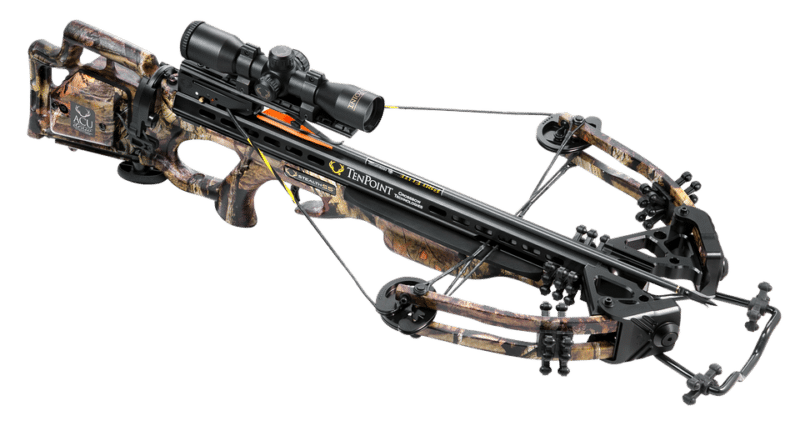 The Parker Bushwacker 150 is said to be one of the best Parker crossbows available, and it was specifically designed for shooters who are on the beginner and intermediate levels.

This specific crossbow is preassembled in a soft pouch made of nylon that makes it easier to keep the owner’s gear in one place. Mathews Mission provides extreme power to be able to handle speed that reaches up to 360 fps.

The model is set to excel and has become one of the best hunting crossbows of today; its lightweight and form will keep the owner from tiring out while gripping the crossbow while a shot presents itself. Additionally, the MXB 360 is probably one of the quietest types of Mathews crossbows around.

In this day and age, the crossbows are primarily utilized for hunting and archery, and the crossbow for sale has greatly become more different compared to the classic pieces. There are more advanced designs such as crossbows made from carbon fiber that is mainly utilized for archery and hunting.

Additionally, the modern crossbow for sale is distinctly unique compared to the traditional types since these also provide the user with exceptional power and proper maneuvering skills.

The models of today’s crossbows for sale have also included more safety features for the user such as an anti-dry wire and the safety gauge – features that prevent loaded crossbows from accidentally firing. With these excellent characteristics, the crossbows and hunting crossbows for sale are definitely reliable, enjoyable, and easy to use.