Among the most popular and well-renowned bows throughout history was the English longbow. A self bow which is a bow created from a piece of good wood was commonly made from a yew tree, but other materials were also utilized when this material was scarce.

Historical archers and shooters not only utilize the weapon for its excellence and advantage, but they also take advantage of it due to its powerful and elegant design.

Most of the contemporary bows peaks lower than sixty pounds in draw weight which is obviously far from the military bows that were used for warfare in the past; and because this tool is still used for various activities in this day and age, there are still a large number of people who search and purchase the English longbow for sale.

The English longbow was known as a very powerful medieval longbow that reached about six feet in height; it was commonly utilized by the Welsh and English for hunting purposes, and it was also used as a very effective medieval weapon for warfare.

The English use of the longbow was highly effective against the French troops and this was during the known Hundred Years War.

The earliest known longbow from England was acquired in Somerset and is said to be dated around 2665 BC; however, there were no longbows that have survived from 1250 to 1450 AD when the longbows were known to be highly dominant weapons.

Claims state that this happened since the longbows from that period became weaker and were eventually replaced with better pieces, instead of being handed down to the next generation of bow wielders. 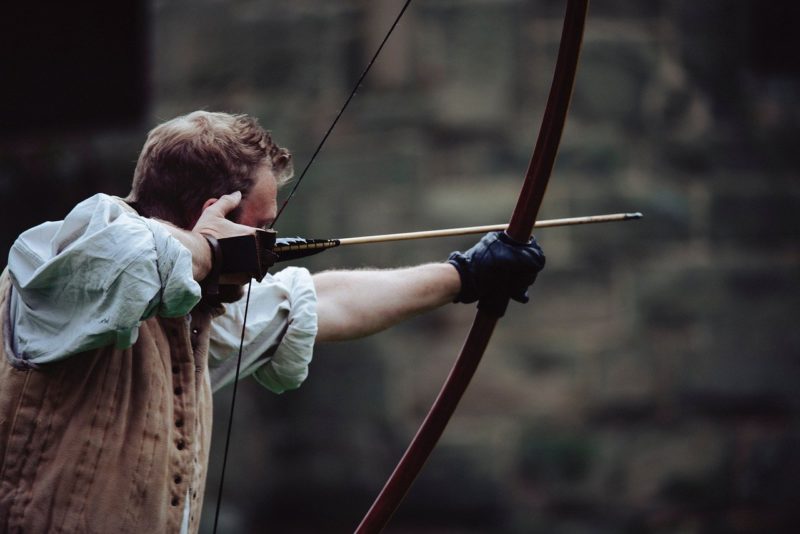 Brief History of the English Longbow

It is said that the very first collection of the longbow came from Wales and its use became widespread in England. The longbow always measured around six feet in height and was commonly made from a yew tree; yet with the shortage of these trees, those creating the English Longbow had to find other materials to use and these were the wych elm, ash, or elm.

During the early twelfth century, the longbow was based and developed from a bow from the Welsh which has been utilized against the English troops.

The English troops witnessed the efficiency and power of this bow, thus, instilled its characteristics to produce a formidable weapon that would work against enemies; later on, the piece was widely accepted as a military weapon.

In the Hundred Years War, the longbow was utilized by the English troops to execute devastating attacks on their enemies, and it was also considered as a very impressive weapon for naval battles.

In the year 1340 during the Battle of the Sluys, English archers set out a deadly longbow attack on French ships that were tightly and closely packed; this seriously caused a lot of losses on the part of the French troops.

During the Battle of Crecy in the year 1346, the English archers once again devastated a troop of French warriors who eventually lost about one thousand two hundred knights, eleven princes, and around thirty-thousand common soldiers in their ranks while the English troops only lost a hundred men in total.

Additionally, twenty thousand English troops were able to defeat a total of sixty thousand French soldiers and this clearly exhibits just how advantageous and deadly the longbow was as a weapon of war.

Characteristics of the English Longbow

The English longbow was created by forming a stave to achieve a D-shape, while its back was made of sapwood and its front was made of heartwood. This was necessary since sapwood was more efficient in tension when drawing the bow, while the heartwood was much better during compression. 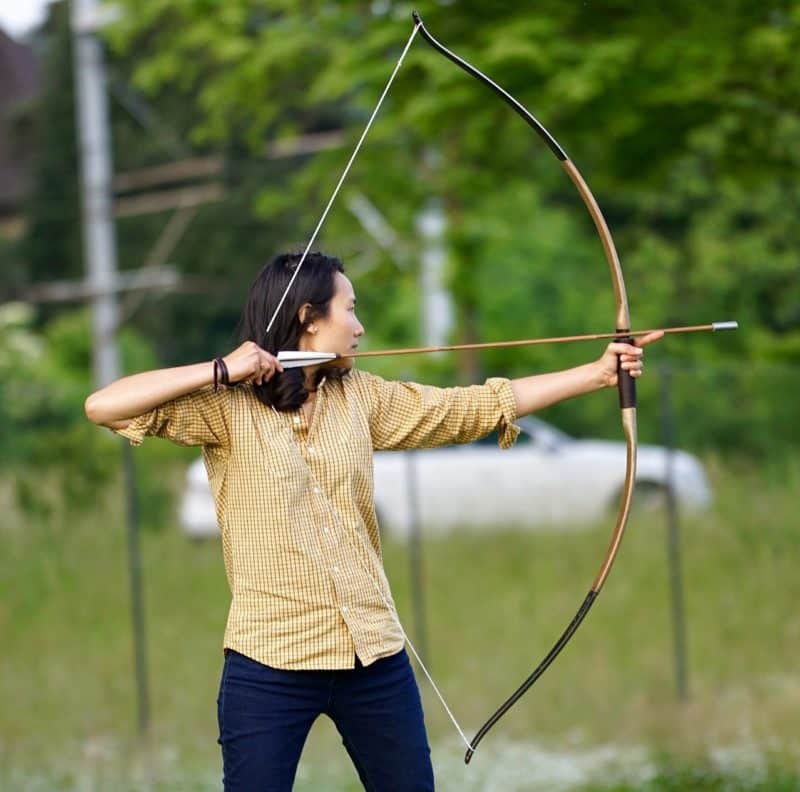 Its tips were usually enclosed with horns that molded the indents for the strings which were commonly made out of hemp, silk, or flax. A lot of the classic longbows featured draw weights that reached a hundred to one hundred eighty-five pounds; this required the shooter to adequately train to be highly efficient when it comes to shooting and wielding the English longbow.

Various types of arrows were utilized together with the English Longbow wherein different lengths, heads, and fletchings were used and recorded throughout time. It was necessary to have thousands of war arrows made since these were used for the medieval navies and armies; also, the arrows were commonly supplied in groups of twenty-four.

The usual size of these arrows measured around three feet in length with tips that were broad enough to pierce through the regular and plate armor of enemy troops. These were usually made out of birch or oak.

Longbows are said to be the icon of classic archery which is why the bows are still used in this day and age; with that, the longbows for sale are present in numerous physical and online weapon shops that also offer English longbows with different designs and styles.

Another good reason why archers and shooters choose the longbows for sale is that these bows can be easier to utilize due to the length and adequately thick limbs that do not bend when a wrong release is executed.

The longbows for sale come in a plethora of varieties and types such as the Victorian longbow and the English longbow for sale. Though it may come off as simple, purchasing the longbows for sale can also be a challenging and tedious task due to the number of models that are present in these weapon shops.

So before actually buying an English longbow for sale or any bow for that matter, it is best to consult a professional or an experienced archery instructor to ensure that the longbow for sale being purchased is the correct piece for the user.