The Medieval Period was known as one of the most violent in the past: castles were created to act as bases while lands were mostly subject to invasions from powerful people.

There were also regular threats of war which is why men were required to have a certain level of skill when it comes to wielding these medieval weapons.

During this period, armed men were categorized into two types: the knights and the foot soldiers; these men wielded a variety of cool medieval weapons that were specific to their position and status since these items (namely the horses of knights, weapons, and armor) were extremely costly and extravagant.

Because of this, the knights who have battled during the medieval period consider their warhorses, medieval weapons, and armor the most important equipment for battle.

The sword is considered as one of the most commonly utilized medieval weapons which are also a bladed tool used by numerous civilizations around the world. The sword is created primarily for cutting or thrusting but it can also be utilized for clubbing an opponent.

These types of medieval weapons usually consist of a hilt and blade that features either a single or double edge which is excellent and efficient for striking enemies.

Unlike the spear or the bow, swords are considered as the main preference for military weapons thus, making it the symbol of war for certain cultures all over the world.

Daggers can be easily differentiated from knives these are primarily utilized for stabbing while knives are specifically for cutting. Although it can be differentiated, numerous individuals still confuse these tools since daggers and knives can both work effectively for stabbing or cutting targets with ease.

Additionally, daggers were also used by the plebeians for murder, and at times, vindictive aristocrats would also make use of these tools for killing especially if they wanted to remain unknown.

However, the knives and daggers eventually lost their flair once the creation of handguns, firearms, and even multipurpose knives replaced the usefulness of these medieval weapons. 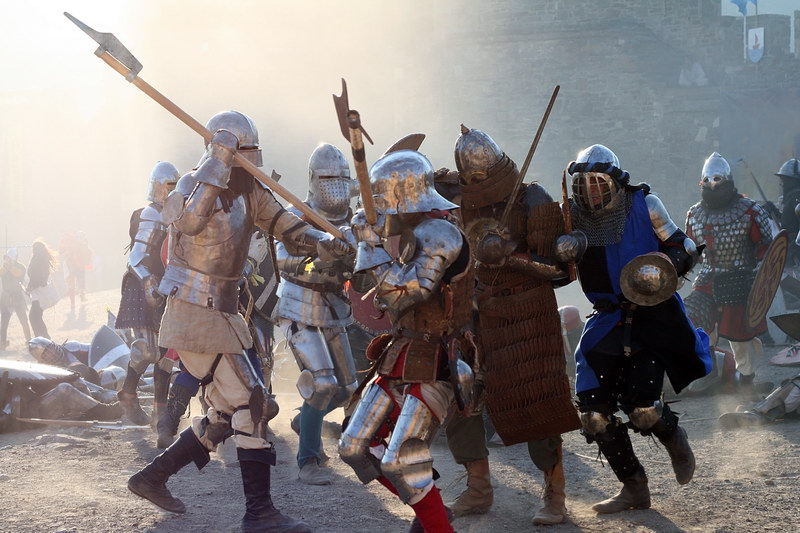 Polearms are close-range weapons that exude power along the ends of the shaft made of wood; making use of these types of cool medieval weapons are specifically intended for extended reach.

These also have characteristics similar to the very first weapons utilized for battles and these include items such as the following: Spears, Halberds, Bardiches, Glaives, as well as all variants of polearms.

These may seem like difficult weapons to create but polearms are said to be easy to develop; this is because the polearms are medieval weapons that have been based primarily on hunting tools and agricultural equipment.

Yet in this day and age, the use of these types of weapons are strictly for ceremonial guards such as the Pala Swiss Guards or the Yeomen of the Guard; plus, it is also said to be a common tool found in numerous martial arts dojos where students train with weapons.

Long-range weapons during the medieval period included the javelins, throwing axes, ballistas, bow and arrows, the medieval siege engines such as the catapults, and also the trebuchets.

These medieval weapons were known to be highly efficient in battles, unlike the mêlée weapons that do not necessarily give opportunities for its wielder to execute numerous projectiles against their opponents.

Blunt medieval weapons are also considered as mêlée weapons that specifically cause trauma and inflict adequate damage to targets. Most of these have similar physical attributes like clubs and primarily depend on the user’s strength to make it highly efficient for battles.

Since this is a type of weapon that creates blunt force due to the force and strength provided by its wielder, the blunt hand medieval weapons are probably some of the most brutal tools that have been created.

Knights, foot soldiers, and archers make use of different types of medieval weapons based on their status, position, as well as skills; here are the weapons used by the different warriors during the Middle Ages:

The following are the most common weapons used by knights during the period:

There are different types of swords and these range from the shortest kind of broadsword (usually measures around thirty inches) to the Greatswords (measures up to seventy-two inches). Other medieval blades include the falchion, the cutting sword, and the bastard sword. 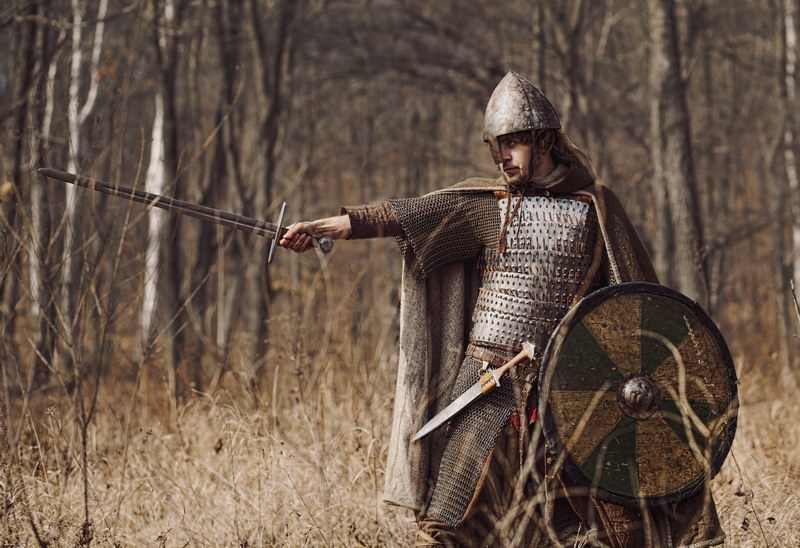 Can either be a single or double-handed axe that has been utilized throughout the Medieval period.

These were considered as armor-fighting equipment; the mace has been created from a durable steel ball that is linked to a wooden handle. This would turn into an elaborately-made spiked steel club for war.

This includes the Basilard a long, double-edged dagger that was utilized by knights during the late Middle Ages.

The most favored long, spear-like medieval weapon during that period; it was primarily designed for horseback and long-range assaults.

Range weapons utilized by these warriors were considerable and efficient during the battle; these included the following:

The Arbalest is the proper term for the crossbows during the medieval period.

These are commonly the single or double-handed battle axe. 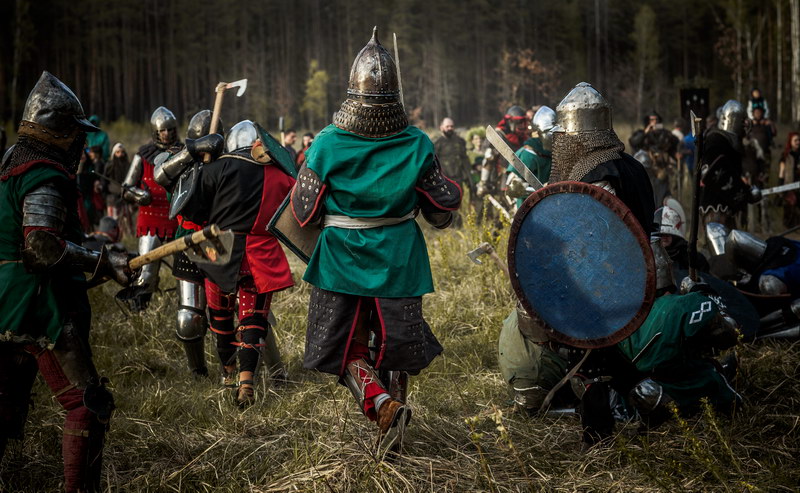 The Basilard is a double-edged dagger with a long blade.

One of the pole arm weapons during the period; it usually features a wide slicing blade and at times, it features hooks and spikes to cause further damage.

These are the most common and highly utilized weapons during that time.

When selecting medieval weapons for sale that can be added to one’s collection, one should remember that choosing the weapon is not based solely on the appearance, uniqueness, or how interesting the weapon seems to be.

It is vital to inspect the quality and make of each chosen item, especially if this will be utilized for target cutting. It should be fully functional for training and practice while simultaneously being safe for use to avoid unwanted accidents or injuries.

Additionally, one should take the time to do a little research and see if the seller of these medieval weapons is legitimate. Read a few customer reviews to determine if it is worth purchasing weapons from the said shop or seller.