Hattori Hanzo was a famous shinobi from the Sengoku era. He was the leader of the Iga Ninja clan and was known for saving Ieyasu Tokugawa‘s life.

He supported the latter in uniting Japan and becoming its ruler. Due to his popularity, one will find Hanzo Hattori featured in modern popular culture.

In Japan, his adventures were considered legendary. Those who study Ninjutsu look up to him. At a young age, he was a sort of protégée and he started to train as early as the age of eight. He spent most of his younger years in training and refining his skills as a shinobi.

During the Muromachi period, the shinobi of the Iga clan were led Yasunaga. They served the shogun of the Ashikaga. When the shogun stepped down, Yasunaga and company left as well, and found a new lord in the Matsudaira family. This clan’s members were the ancestors of Ieyasu Tokugawa, the first shogun of the Edo period in 1603.

From the province of Iga, Yasunaga’s clansmen began working for the Matsudaira clan by doing espionage tasks. The watchmen of the castle exchanged information with the native shinobi of Iga. This influenced Hanzo as he grew up.

Despite the fact that he was given honor as the boss of the shinobi of Iga, Hanzo was not educated as a shinobi in Iga province. Technically, he was a more of a military commander than a shinobi. He made use of effective guerilla tactics.

Hanzo Hattori was given the nickname Oni no Hanzo or Demon Hanzo. This was because of he fearlessly executed techniques various during operations. This is to differentiate him from another man named Watanabe Hanzo.

Hanzo Hattori was born and raised in Iga Province. He fought his first battle at the age of 16, which was a successful night attack at the Udo Castle.

He also rescued the Tokugawa daughters who were on hostage in Kaminogo Castle. Hanzo served in two other battles: Anegawa and at Mikatagahara.

It was in the Tensho Iga War of 1579 when Hattori Hanzo used his clever strategy to defend his homeland against Oda Nobukatsu, the second son of Oda Nobunaga.

However, even if he bravely fought and was good with military tactics, there is nothing he can do to combat Nobunaga. He took his time and when Nobunaga died, Hanzo led the future shogun Ieyasu Tokugawa and his family to safety in Mikawa Province. Ieyasu rewarded Hanzo during the Siege of Odawara and was given 8,000 Koku.

Hanzo Hattori was an expert military tactician and was great at using the spear when fighting. Based on the Kansei Choshu Shokafu, a genealogy of major samurai completed during the Tokugawa shogunate.

Hanzo Hattori rendered commendable service during the Battle of Mikatagahara when he commanded Iga Unit that had 150 men under him.

He was able to catch a spy named Chikuan. He was attacked by Takeda’s troops that invaded Totomi. Hanzo’s counterattack had only 30 men lying in wait at the Tenryu River.

The greatest achievement credited to Hanzo was that he aided Ieyasu Tokugawa to pass through Iga Province. It was during this period when Nobunaga Oda was considered to be the greatest daimyo of his time since he was able to defeat the other warlords in Japan. Nobunaga Oda was the first unifier of Japan.

Hattori Hanzo’s legacy remains known even today. The visitors of Tokyo Imperial Palace ( this was once known as Shogun’s palace) has a gate called Hanzo’s Gate or better known as Hanzomon.

The Hanzomon subway line is named after this gate where he used to live. The neighborhood that lays adjacent to this gate was once known as Iga-Cho or Iga Town to honor where he came from Iga Province.

The name was later changed to Wakaba. Commemorating the life of Hattori Hanzo has promoted Iga Province from being once classified as “inferior country”. 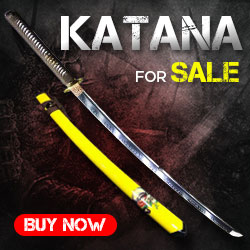 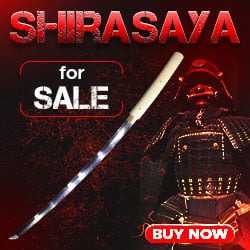 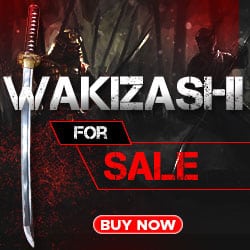 Being given the nickname Devil Hanzo separates him from another famous Watanabe Hanzo. The title Devil Hanzo pays homage to his skills. He went on to serve several battles which included Anegawa and Mikatagahara.

It was Hanzo Hattori who was assigned to kill Mochizuki Chiyome, a female shinobi who once worked for Shingen Takeda. He was foremost a front-line soldier that rode into battle with his spear.

He remained loyal to his Lord Tokugawa Ieyasu through most of his life. He was best known for creating alliances that served to benefit him and his clan when he was alive.

The Truth behind Hanzo Hattori

He was a shinobi that some people thought to be just inspired by myth. Some people only see him a character created for the movies. However, half of Hanzo’s accomplishments were behind closed doors.

This is how Ninjas perform by using cloak and dagger tactics. Some claim that Hanzo could have wiped out an entire clan simply by using his strategy.

Hattori Hanzo’s remains rest in the Sainen-ji Temple located in Yotsuya, Tokyo. In this temple lies his favorite spear and ceremonial battle helmet. The spear was a present from Ieyasu and was donated to this temple as a sacred gift for religious purposes.

It is said that those who sent gifts like this will gain the favor of supernatural forces. This is how ancient societies where Hanzo belonged to, viewed these gifts.

The spear was once 14 feet long when Ieyasu gave it to Hanzo. However, the bombing of Tokyo in 1945 reduced the length of the spear.

Being a famous historical figure in feudal Japan’s samurai history, Hattori Hanzo has gained the admiration of people not just from Japan but, from different parts of the globe.

In modern culture, he is portrayed as a strong member Iga Ninja Clan. Even movies and films that were inspired by the stories of Ieyasu Tokugawa mentions Hanzo and his exploits.

There was also a series with the title “Hattori Hanzo: Shadow Warriors (Kage no Gundan)”. In this series, Hanzo and his descendant’s adventures and misadventures served as the main character. He was viewed as the boss of his Iga clan Ninja group.

The name Hanzo Hattori is passed on from generation to generation for every one that heads the group of Iga ninjas. In Japanese history, there are at least five heads who were named as Hattori Hanzo. However, Masanari Hattori was the most famous among them.

At least two-thirds of Japanese Ninja Cartoons or anime feature a character that was based on Hanzo or at least influence by this. He is also seen as a ninja in games, television series as mentioned previously, and a lot more.

People throughout history, and even to this day, acknowledged that his character was somebody worth featuring in traditional series, modern cartoons, and anime.

Sonny Chiba who was best known for playing Masanari’s role also did a reprised in the movie Kill Bill. It was him who helped the main character of The Bride to meet vengeance on her mortal enemies.

Hattori Hanzo helped her in dismembering the entire Yakuza gang. This is the closest character that pays tribute to who Masanari was as a warrior.

Some historians mentioned that during the last years of his life, he lived as a monk and was known as Sainen. It was Hattori Hanzo who ended Ieyasu’s elder son Nobuyasu.

His son, Masanari Hattori, succeeded him when he died in the late 1590s. His cause of death was not mentioned though in historical records. However, he died of sickness before Tokugawa Ieyasu took control of the land as one of the unifiers of Japan.

The heir, Masanari, was given the title Iwami no Kami. He and his men guarded Edo Castle, the former headquarters of the government of unified Japan. The fate of his descendants fell under low level according to Japanese standards of that period.

His son was considered to be a rude and stupid man. Because of his unwise decisions, a lot of their clan’s properties were lost.

Members of his family could not even use Ninjutsu anymore. If Masanari has lived his life and has seen what happened to his family, he would have been terribly disappointed.