The practice of Japanese archery is called the kyudo, and this art can be traced all the way back to two origins: one is combat archery that is linked with hunting and warfare, while the other is the ceremonial form of archery that is associated with Shinto.

In this day and age, the art of kyudo has transformed into a physical, spiritual, and mental discipline since it lost its influence as a competitive sport.

Children today are taught the yumi archery which is practiced in high school, college, then later in life – this usually occurs in archery halls or private dojos.

The yumi or the Japanese archery bow is known as an asymmetric and recurved longbow that has a laminated construction.

The bow is recurved because once unstrung, its shape appears reversed like when the bow is strung; it is referred to as asymmetric due to its nigiri that separates the lower and upper portion of the bow.

Additionally, it is also referred to as the Japanese longbow since its length is over the archer’s height.

The appearance of the Yumi Bow

The yumi bow is different than the traditional bow since it appears extremely long by over two meters; it is also an asymmetrical bow made from simple materials that have been utilized for more than four hundred years in the past.

The Japanese longbow indeed features unsurpassed grace and beauty since it represents the spirit of Japan; plus, the bow is a simple yet elegant piece that is evidently rooted in tradition. Throughout history, the kyudo bow has been admired for its practical value and artistry. 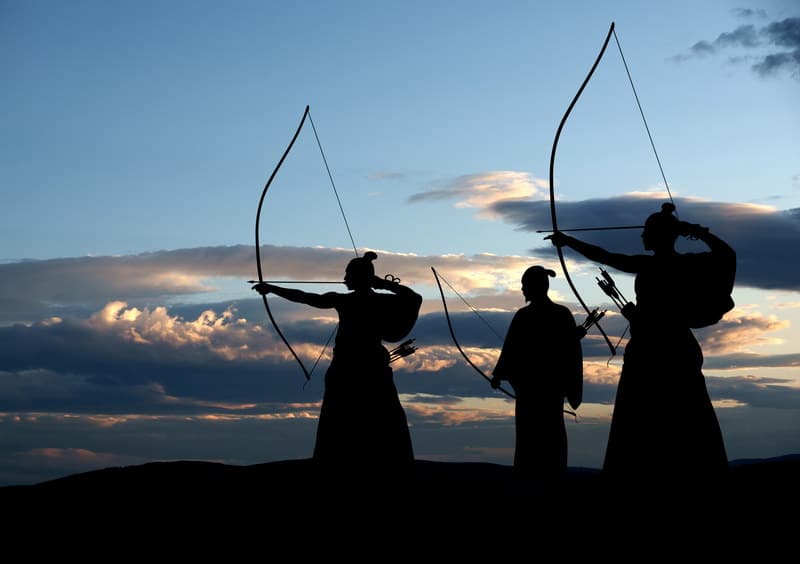 Features of the Japanese Longbow

A traditional Japanese yumi bow features a laminated cross-section while a functional yumi bow replica is made from synthetic materials such as carbon fiber and fiberglass.

The draw strength and size of the yumi bow should be adequately precise for the user and its standard length should be around eighty-seven inches which is based on the average height of a Japanese individual which is about 150 to 165 centimeters.

To accommodate taller archers, there are other available lengths: six centimeters, increments in its length for each addition of fifteen centimeters.

In a year with continuous practice, archers will require a much stronger type of kyudo bow with that, it is smart to utilize the class yumi bow for the first year specifically for this reason.

The draw weight of males usually averages around eighteen and twenty kilograms, while the females average between fourteen to sixteen kilograms. Depending on the practitioner, a couple of changes may be necessary throughout the duration of the course.

Drawing the Japanese Bow and Arrow

Similar to the Eastern style of archery, the kyudo bow is drawn with the user’s thumb; with that, the yugake (glove) features an inner thumb that is hardened; additionally, these also do not feature thumb rings which is similar to the Korean and Chinese archery.

During the Onin Wars – the time when archers did not carry swords during battle – the contemporary-styled glove appeared and featured a reinforced wrist and thumb. 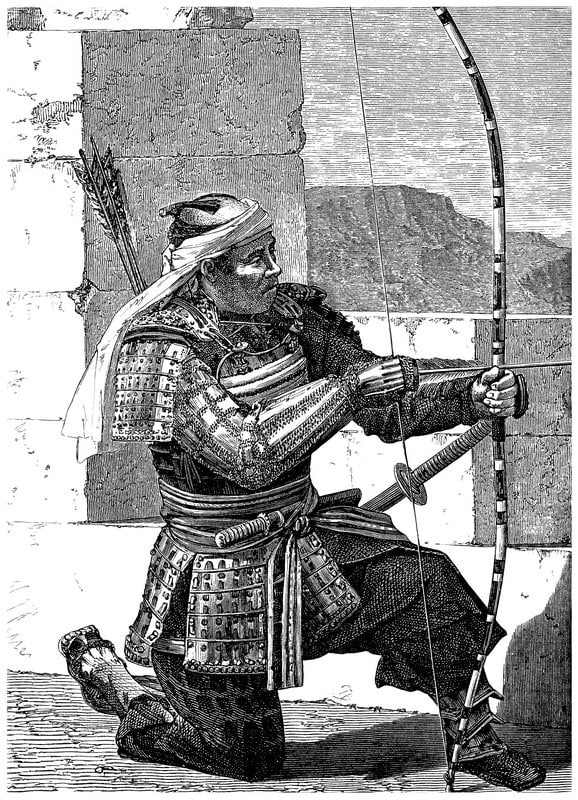 Caring for the Yumi Bow

Since most of the archery equipment utilized was made from organic materials, a number of common care practices were created:

There are a couple of things that one should observe before purchasing a yumi bow for sale. Since there are three different types of the kyudo bow, one should ensure that these are made from the correct materials.

Due to the low cost and durability of the yumi bow for sale, these types of bows are the most common pieces that are utilized in schools or bigger kyudo clubs where there are evidently large numbers of beginners.

Also, the synthetic Japanese longbow is considered as the desired piece in areas where the climate is too dry or too cold to utilize the bamboo yumi bow.

A lot of beginners start utilizing the Japanese longbow that either has 10 or 12 kilograms; gradually, they will eventually increase the pull strength after a couple of months.