Japanese Yari is 72 inches long and constructed from high carbon steel. The blade is full tang and is so sharp. A bamboo pin secures the Samurai Yari blade into the shaft. The shaft in itself is made of wood with decorative fittings.

The shaft is also designed in such a way that it would be easy to assemble and disassemble for easy storage. Yari Spear usually features a blade that is 10.5 inches. 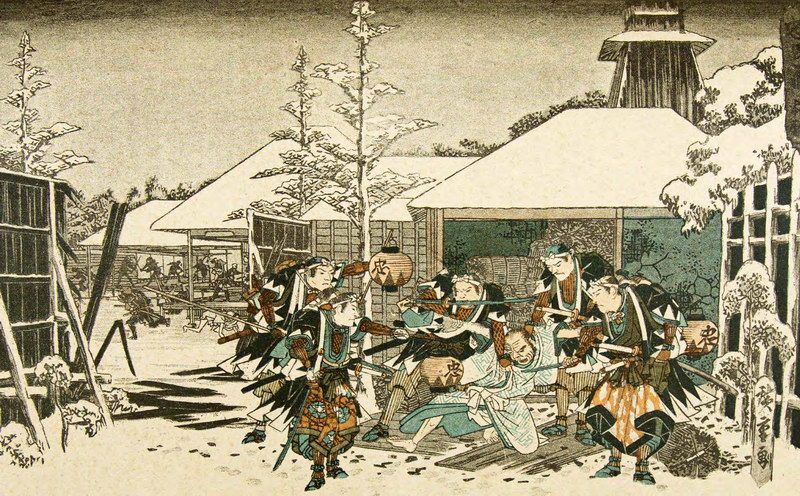 It became efficient in disarming riders off their horses. The Yari became more popular than the longbow as a weapon for the Samurai and foot soldiers.

The Yari is part of Japanese culture whether in times of war or even in peace as a form of entertainment. During the peaceful Edo period, weapons like these were produced as a ceremonial or police weapon or as mentioned as those used to entertain.

Although the Yari spear was never connected to rank or status this weapon still has an interesting history.

This polearm was used with the bow and sword. It is also considered as one of the earliest weapons used by Japanese warriors. According to Japanese legend, the creation of the first Japanese island can be attributed to a heavenly spear.

This was no ordinary spear because it was encrusted with jewels. Two of the Japanese deities: Izanami and Izanagi stood on the heavenly floating bridge. They stirred the brine with the jeweled spear until it produce a churning sound. When they lifted the spear it drip some brine which piled up to become Onogoro island.

The earlier spear was referred to as Thehoko or simply hook. This was a wooden pole inserted into a socket at the base of a forged iron blade. 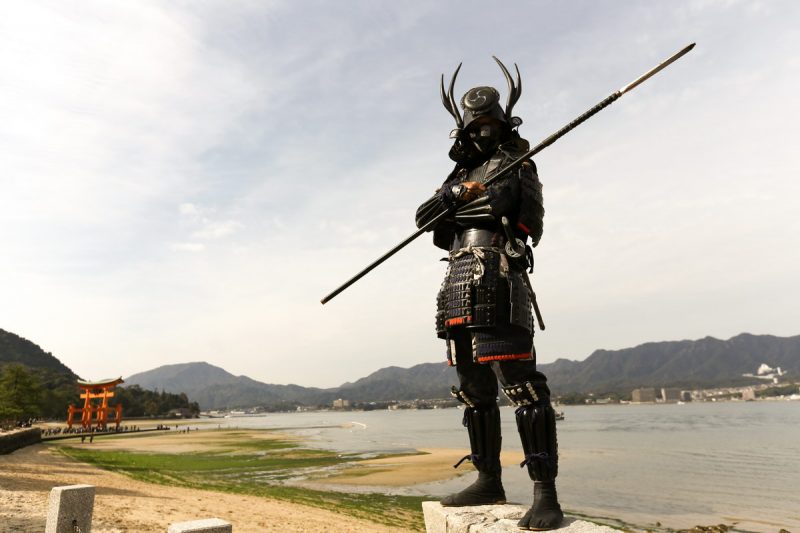 During the 8th Century, Emperor Tenmu known as the Heavenly Warrior devised a new military system that relied on professional soldiers and peasant conscripts. This was described specifically in the Taiho Law Code. The soldiers practice with the spear however, it was mounted.

This made it less desirable for the user. Peasant conscripts receive boot camp training on how to use these poles. The spear was mass produce quickly hence it lacks quality. This was best used by those who were more armed with knowledge to fight.

This conscript system did not last long because the peasants were disinterested to join the militia. The shift in individuals who are highly trained necessitated the need for better weapons. This was the time when Thehoko was replace by the Yari. The Samurai Yari was design to resemble a sword.

The Yari Spear has a blade with a tang that was inserted into a slot in the wooden pole. The blades come with varying lengths with sharp edges.

During battles, a 3 to 5 meters yari with short blades were carried by soldiers. The goal was to stop the enemy from advancing. The recent version of this weapon is that of a bayonet on the rifle. 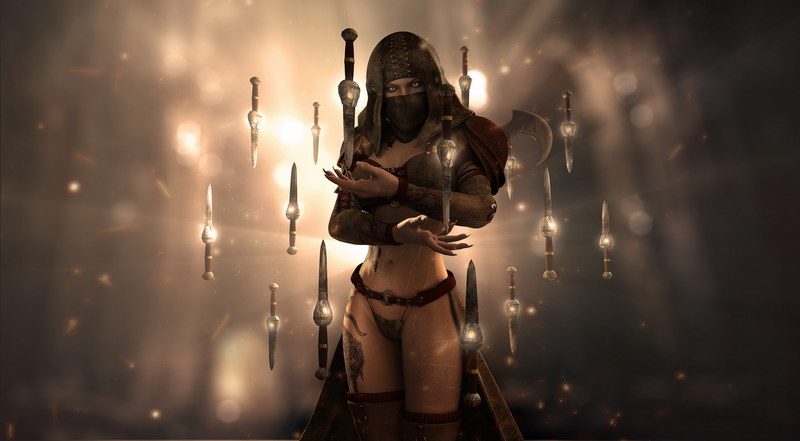 Yari – Not Just For Men

Japanese women during that period of war needs to be proficient in handling the spear. Even today, the use of the Yari Spear is taught in physical education classes in Japan. The school of Sojutsu or art of the spear teaches how to use this spear. Some fighters prefer another version of the Yari which was the Jumonji Yari. This was crossed shaped and has the same steel used for Samurai swords.

This version also causes more damage than the standard Japanese spear. Still another model the Kama Yari was a sickle shaped spear. Using a Yari spear requires skill, agility and discipline. It takes many hours of continuous practice to be proficient in using this spear. This spear was used for thrusting, stabbing, a combination of slashing and striking techniques. There was no way for an enemy not to succumb under this weapon especially if the one using it is that proficient.

Check our Spears For Sale! 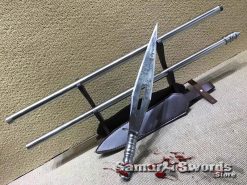 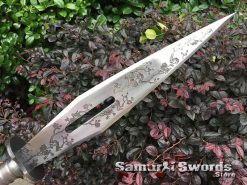 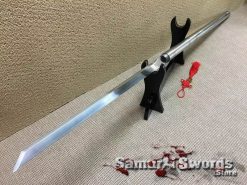 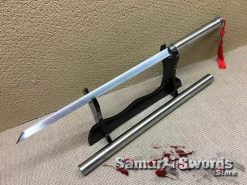 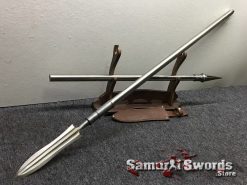 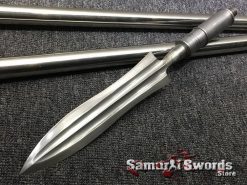 In Japanese Jujitsu the Yari is used for practice. Having a record of being weapons introduce to Japan centuries ago have eventually landed as one of the top favorites among student of Jujitsu when long spears are concern.

However, the exact school is Sojutsu which teaches the art of Yari. Among other types of spears under this weapon category, Jumonji was the second most popular choice. This weapon, after all, was made from the same steel as those used on Japanese swords.

This causes greater damage to the enemy since he cannot approach when the Yari was used against him at a certain distance. It also offer some protective techniques for the user wielding it. However, spending time for practice is needed to become efficient at using the Yari.