The term uchigatana is composed of two Japanese words and these are uchi and gatana. When translated uchi means to strike while gatana is a variation of katana means sword. This sword is worn with the cutting edge up. This position allows the user to draw the Uchigatana sword from its scabbard to strike his enemy in one fluid motion. This is quicker than using a tachi that needs double movement to ward off one’s enemy.  The two-fold action requires drawing the sword and reversing its direction before striking the enemy. During the Heian and Kamakura periods Japanese Uchigatana sword was short, made of inferior quality materials and its mounting is plain. The lowly uchigatana was considered a disposable sword and are used by fighters of low rank when they fight on foot. It was not until the Muromachi period when these swords were improve to serve as Samurai uchigatana for generals and samurai. The purpose of this sword during that time was to supplement the use of tachi. Battle techniques during that time necessitated the need for a different kind of weaponry since opponents face each other on the battlefield. Before this, duels were fought on top of horseback using tachi. 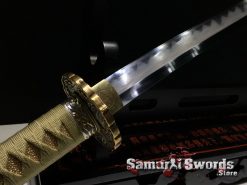 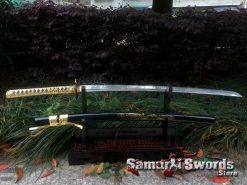 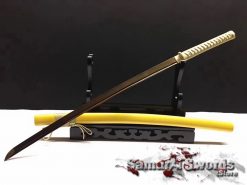 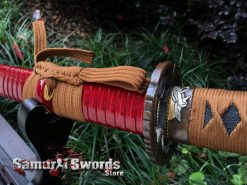 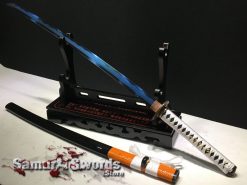 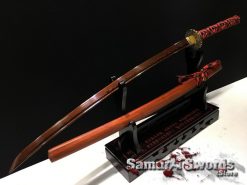 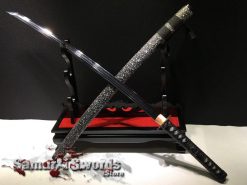 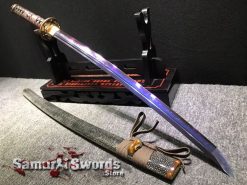 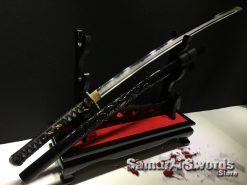 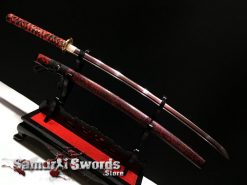 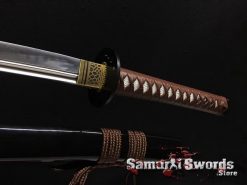 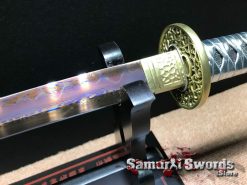 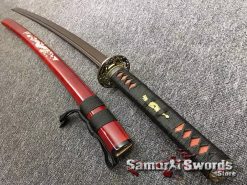 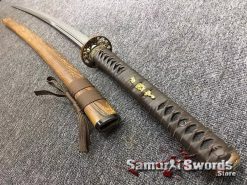 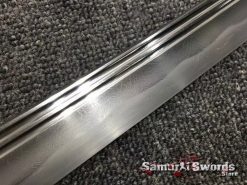 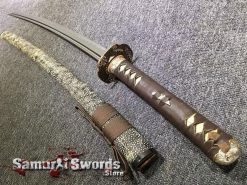 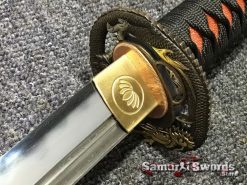 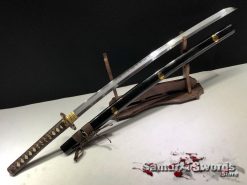 Samurai uchigatana develop because there was a need for speed when fighting. Fighting during the early part of the 15th century are fiercer hence the need for a different kind of weapon. Having the ability to draw quickly in one fluid motion versus two-fold step makes a difference between life and death. During this period this sword was made into two different versions: long and short. Blades were constructed with the curvature higher on the blade to ease the effect of drawing the uchigatana sword. The new version of this sword was built for speed and ease of drawing. Striking must be easily accomplish in only one motion. There are several mounts use and the dominant ones are the koshirae and the koshigatana which is worn from the hip instead of being slung on the waist. The handle during the Muromachi period was covered in black lacquered same. The menuki was typically from different schools hence the styles were different. The saya was wrapped in leather and lacquered black. This fades into a reddish brown color though. During the Momoyama period saya was red or made of thin gold sheet. The sageo is made of leather. The tsuba is made of iron. Although in some cases there is no tsuba.

Tsuka are covered with same that allows for a firmer grip. This protects the wooden handle underneath. There are two fittings on either end of the tsuka which is composed of the kashira and fuchi. Saya or sword scabbard is generally lacquered black however, during the Muromachi period generals and daimyo have scabbards that are decorated with lavish designs. The Kurikata or loop on the scabbard is made of horn. Kaerizuno which is a hook keeps the sash in place when the sword is drawn. The fittings on the closed end of the scabbard are either made of horn or metal. It was a common practice to use double habaki on swords without guards. Kogai which is a decorative fitting is inspired by a woman’s hair ornament. 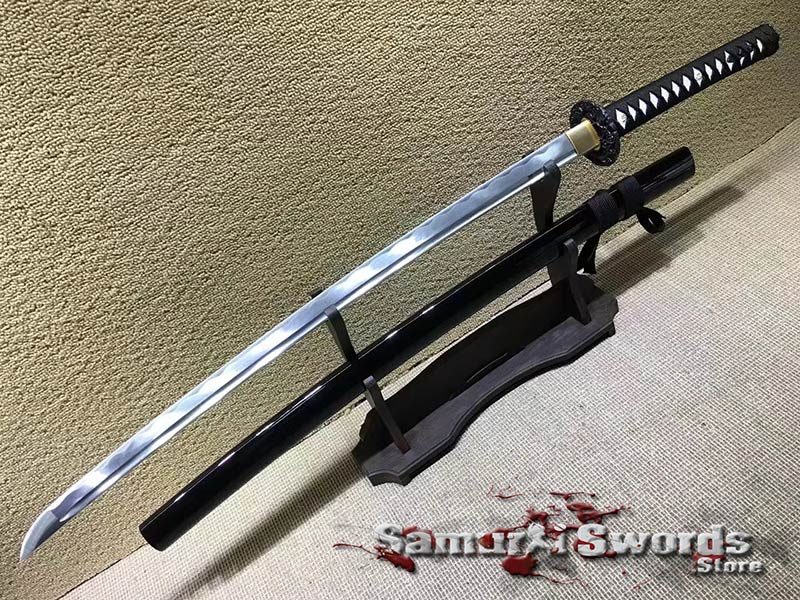 Japanese swords like the uchigatana are made of excellent quality and well-cared for by its owners. It is the hope that these can be pass on to the next generation. However, in the case of Koshirae the changing style and times made the owner discard the old ones when it is out of style. Since a lot of these were made of lacquered wood it did not last long. For this reason it was difficult to find old Koshirae that are still in existence. When battle period ended and peace time arrive swords took on social purpose to identify the rank and status of its owner. Styles like Koshirae are not considered to be traditionally made Koshirae. This change in style was reflected when war generals wore mountings with gorgeous decorations showing their taste. High ranking samurai after all were respected and their lineage cannot be doubted. Mountings that they use were preserve as heirlooms and are still in existence even today. It was not until the Momoyama period when daisho koshirae was made. It was during this time when the formal garment used by samurai were stiff sleeveless robe worn over a kosode dress and hakama.

Hakama are either loose skirt or trousers with flaring bottoms. This allows the wearer to move freely. It was during this period when handachi mounting was introduced. This was worn thrush through the sash with its cutting edge down. There was a different style of handachi when metal fittings were attach using suspended cord. This allows freedom from encumbrance when worn. It cannot be doubted that uchigatana was a transitional sword during the Muromachi period. This sword was the basis for the creation of the Katana and Wakizashi. The Muromachi period saw a shift in emphasis from cavalry to infantry as Samurai adopted higher quality swords that allows them to draw quicker. Uchigatana swords have hamidashi type koshirae that makes it different from that of a Katana. Uchigatana sword was first and foremost a strike sword. It was later on abbreviated into Katana when the appearance of the sword was change. The most common mountings use for this swords are: Kazen Koshirae and Nobunaga Koshirae. Katate version of this sword are favored by Ashigaru and Samurai. The reason for this preference may have to do with its length of being short but, not long enough to be classified as long swords.