The story of the Samurai warriors starts during the 8th and early part of the 9th centuries, Emperor Kammu in a bid to consolidate his rule in Northern Honshu, tried to conquer rebellion however, the army that he send was not up to the task because these lack motivation and discipline. Emperor Kammu introduced the Shogun. He relied on powerful regional clans on conquering the enemies. Shoguns were skilled in mounted combat and archery. These were his clan warriors. These group of warriors were not endowed with political power since these warriors were viewed as a military section of the Imperial Court. He disbanded this army and his power gradually decline. During his reign, powerful clans took positions as ministers. As far as the 10th Century, poems were made about Samurai Warriors and their deeds. If Europe was famous for its medieval knights Japan has an equivalent and these are the Samurai warriors. In the 12th Century, Samurai was equated to the words bushi. Both of these refers to the same middle and upper warrior class. These warriors were trained as officers in the military under a clan and its lord. These warriors closely uphold the way of the bushido. It was the Emperor and his non-warrior noblemen who employed warriors’ nobles. They formed an alliance with one another to establish a Samurai dominated government. The Emperor was relegated to the role of figurehead. 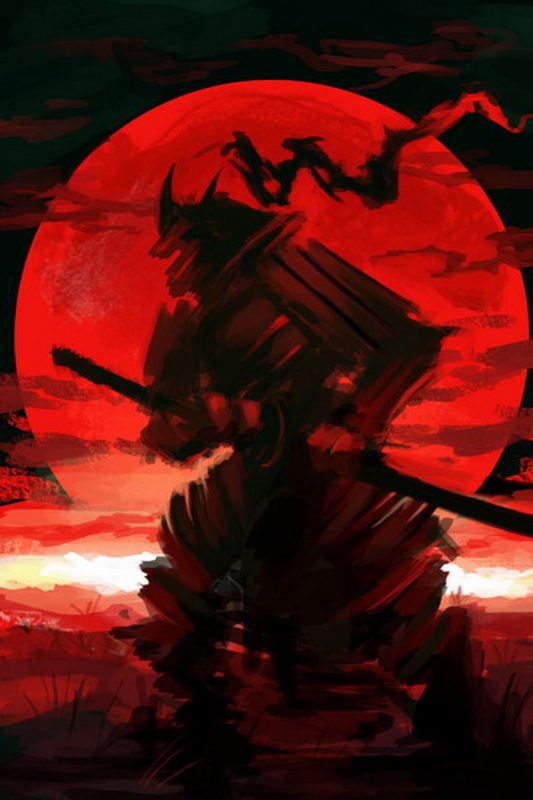 Bickering became common among Samurai before the 14th Century because of issues about inheritance. Thus began the constant problems encountered by both the Kamakura and Ashikaga Shogunates. As far as Samurai swords is concern, in the 14th Century, a blacksmith named Masamune developed a two layer structure that has both soft and hard steel. This become the basic ingredients for the cutting power of the Katana. These swords, became famous for its potent power that it has made its way into other countries like India and China. Later on, the Samurai culture has evolve and people born into certain social strata were sometimes given the Samurai status. During this period it was important to maintain control and public order. In the 15th through the 16th century Japanese war tactics has improve and there was technological advancement on these areas as well. It was at this period when large numbers of infantry were introduce like foot soldiers or ashigaru. Ordinary people and even humble warriors carry a long lance or Naginata. These group of people find their way in the cavalry during battle maneuvers. By 1592, and again in 1597, Toyotomi Hideyoshi invaded China by going through Korea. He was able to mobilize a huge army of 160,000 peasants and Samurai. Because the Samurai has mastery over its weapon this was used to gain control over Korea.

In the early part of the 17th century, the Samurai gradually lost their military function. By the end of the Tokugawa reign, Samurai became aristocratic bureaucrats for the daimyo. They carry two swords, one was the Katana and the other one the Wakizashi. These were relegated to being symbols of power instead of a weapons   used in daily life. However, they were still given the right to cut down any commoner that did not show them the respect that they should be accorded with as Samurai warriors. When daimyos were forced to cut down their spending the first ones to be unemployed were Samurais who became Ronin. Ronin or assassins were Samurai that has no lord or master. A samurai that became without a master for whatever reason like the master’s death or the Samurai has loss the favor of his master may sometimes resort to become a Ronin. In Japan, being Ronin means being like an employee who is not a University graduate. It is also a term referring to a wandering man who is without a home or a social cast-away. According to the code of the Samurai, a Samurai must commit seppuku or ritual suicide when he loses his master. To be honorable means to commit seppuku instead of suffering in great shame. It was actually the daimyo or feudal lords that impose this discrimination of these Samurai. The reasons given for being separated from their lord because these man who were once honorable Samurai warriors become disruptive and abusive.

Sometimes the cause of separation from their master could be because of being a rebel. During the 12th Century, Ronin were viewed as somebody who were disown of their fief and their noblemen sponsor. There was a period of time when their numbers grew especially during the Tokugawa Shogunate. They remain to be the cause of disorder even up to the first half of the 17th Century. By the 19th Century, because of poverty Samurais were attracted to the movement to dispel Westernization. They tried to restore the old imperial family to its rightful rulership of Japan. As a result, more Samurais were attracted and leave their lords behind to become Ronin. They become popular prior to the restoration during the Meiji period. They ceased to exist after the Samurai privileges were removed by 1873. Some movies have been made about these warriors and the 47 Ronin who avenged the death of their lord has remain one of the favorite subjects in literary works and even movies.

Most of the Samurai families that survive even into the 19th century has their origins from the peaceful era. These families can trace back their roots to the ancient noble clans and these are: Fujiwara, Minamoto, Taira and Tachibana. As aristocrats that exists for centuries, their culture has influence Japanese culture as whole. Some of the arts associated with Samurai practice are tea ceremonies, ink painting and even landscaping. In general, Samurai are literate in Kanji just like aristocrats and priests are. Being literate in Kanji separates these group of people because they are considered as a class of their own. Even if these warriors are a class of its own and numbered to at least 10 percent of Japan’s population, their teachings remain even in today’s world. This can be seen in the modern Japanese martial arts.