The Roman soldiers were greatly known for their strong, brutal, effective, and efficient utilization of the short sword, and throughout history, the style and design of these weapons have changed just like the tactics and strategies have.

In the beginning, the Roman Gladius was designed after the Celt-Iberian leaf-blade short sword; yet as time passed, this weapon eventually appeared with a broader and shorter display, culminating the Pompeii-styled weapon. The Gladius is a Latin word for the sword and has been utilized to represent the main weapon that the foot soldiers of ancient Rome have utilized.

The early Roman swords were basically similar to the ones that the Greeks used, and from the third century BC, the Romans have adopted weapons that were somehow similar to the ones utilized by the Celtiberians. Additionally, this specific type of sword was also called the Hispanic sword or the gladius hispaniensis.

A Roman soldier that was fully equipped right after the Gaius Marius reforms wielded a few vital items and these included the shield, a sword, one or two javelins, a dagger, and darts which was common during the later Empire era.

It was also common for Roman soldiers to throw javelins towards the enemy to disable their protective shields while simultaneously disrupting the enemy formation; this was highly necessary before the Roman soldiers engaged in close, hand to hand combat where they would draw their gladius to attack.

It was common for the soldiers to lead with their shield that would be followed by the thrust with their sword; and with that, all the types of Gladius appear to be efficient for chopping, cutting, and thrusting the targets.

Features of the Roman Gladius

The Roman Gladius was made with two sharp edges and was tapered to a pointed end. This made it good for both thrusting and stabbing and was highly convenient in closed quarters.

There were numerous designs made on Gladius yet its basic and original design’s aspect stayed the same; as mentioned, its blade was a straight, double-edged piece that usually featured a diamond cross-section.

Construction of the Gladius Blade

The Roman Gladius was made by heating up iron and a special type of carbon element to over a thousand degrees Celsius before shaping it into its typical appearance as a sword.

Some of the gladii were created using five pieces of iron that were bound together using higher pieces of carbon which were found in the center while the other outer fragments featured lower carbon content. Having lower carbon content only means that there is greater malleability but lesser strength. 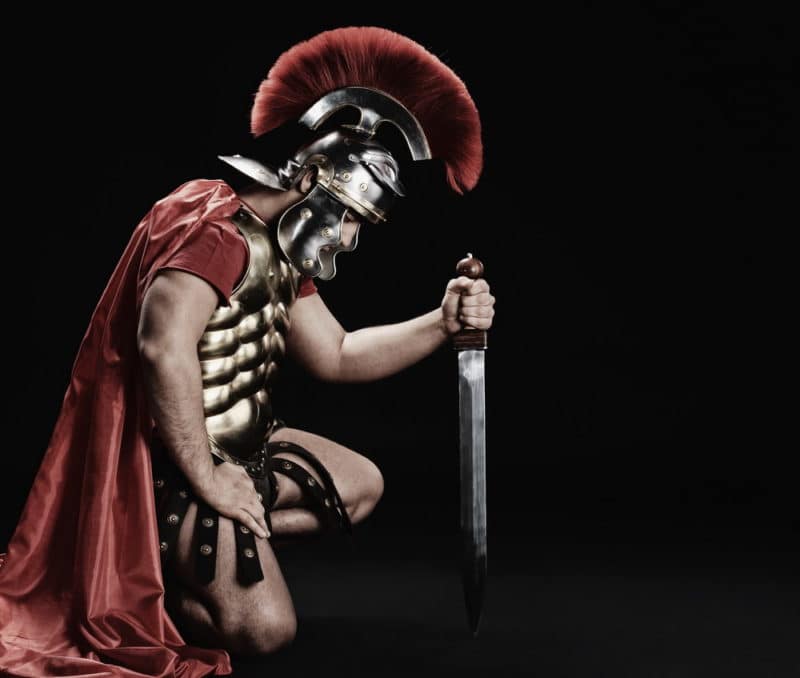 The Gladius has different types and listed below are the following:

This is the classic and biggest type of Roman gladius, plus it is also considered to be one of the most elegant weapons made. Its blade measures about 20 to 22 in length while it also features a wasp-shaped profile that is tapered to a deadly and long point.

The Mainz’s design would have been extremely deadly and dangerous against the common armor utilized by the Roman enemies since its hilt was usually more massive compared to the later designs of the swords.

All in all, the Mainz is one of the well-proportioned Roman gladius that gives off an intimidating appearance due to its style and form. Its scabbard usually features a face made of tin or another kind of metal which would then be embossed with intricately beautiful and decorative adornments that pointed out the group a soldier was in.

The Fulham pattern is Mainz’s contemporary but it lacks the utilitarian appeal of the later designs of swords, as well as the grace and beauty of the Mainz.

This type of Roman gladius also features a more angular make while lacking its predecessor’s sweeping lines; the hilt is also said to be more square-like or angular and is considered to be a quirk in a specific local design or was created this way to simplify the development while keeping its basic design.

The Pompeii is also one of the common Roman gladius that is considered to be symbolic in Rome’s later Empire. This weapon is much smaller compared to the Mainz and it appears to have a straight blade that is double-edge, plus is also shorter on an angular point.

Its blade commonly has a length of around nineteen inches, and its scabbard would usually be made of wood and covered with leather.

The most popular and favored sword would be the Roman gladius; these were typically short, measuring around eighteen to twenty-four inches, and it was considered as a stabbing tool due to its wide blade and sharp point.

Today, numerous collectors and re-enactors are searching for the perfect Roman gladius for sale to add to their collection or set of pieces for various movies or plays. 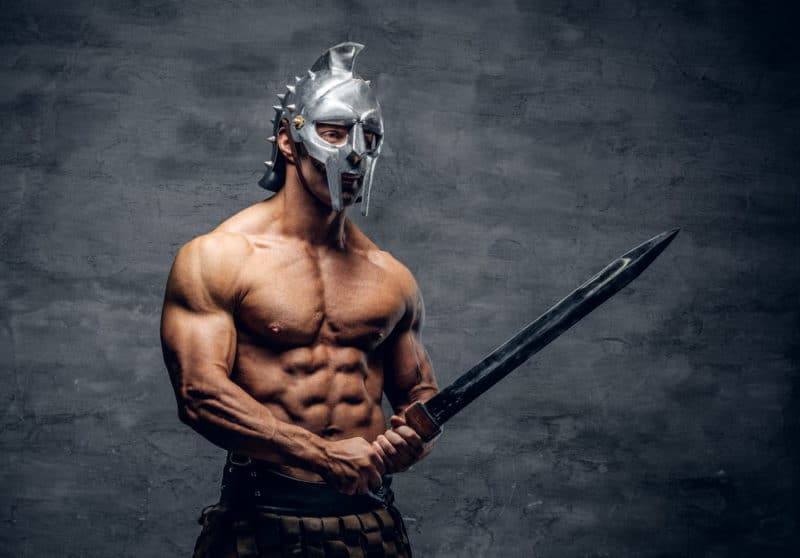 There is numerous Roman gladius for sale in different online weapon shops and since the weapon has evolved throughout time, there are numerous replicas available that are made from excellent quality materials which make the Roman gladius safe and durable.

For those who will utilize the weapon for practice, training, or for re-enactment purposes, there are battle-ready Roman Gladius available which are specifically designed for battle scenes or for stage plays and movies.

The replica is sharp and fully functional which is another reason why the armor is also necessary when one utilizes the Roman Gladius for sale; aside from the fully functional Roman gladius, there are also those that are made specifically for decorative purposes.

These can be used to design one’s home, add to a weapon enthusiast’s growing collection of medieval weapons and equipment, or it can be carried at a person’s side, unlike the battle-ready gladius.

Either way, all of the gladius for sale are modeled and patterned after the authentic weapons to feature an impressive look and accurate feel of the actual weapon.

However, it is vital that when an individual goes to buy Roman gladius from online shops, one should ensure that the shop or seller is legitimate and that the materials used to make these weapons and armor are all of high-quality.