The category of the one-handed sword exhibits a variety of blades that are mainly created to be used with one hand and such weapons include the Viking swords, Roman Gladius, the Scottish broadsword, Rapier, the Sabre, and also the small sword.

If the weapon is produced to be used with just a single hand which is opposed to two-handed weapons such as the spadone or bidenhander it will be categorized as a one-handed weapon.

Apparently, numerous one-handed swords were crafted especially for left-hand use, although these types of swords are characterized as very rare pieces.

Origin of the One-Handed Sword

The first one-handed swords were created by the Celts coming from the northern parts of the British Isles and Europe and these warriors were known to charge into the battlefield on horseback; the Romans quickly adopted the longer bladed, one-handed sword and took the form of the Spatha which was mainly utilized by the Roman’s mounted soldiers.

One-handed swords saw great importance and use all over Europe and these were mainly used for cutting / slicing through leather armor and mail; the weapon was also utilized for slashing or draw-cutting for foot and mounted combat.

Throughout history, especially during the middle ages, armor slowly began to evolve and develop into more complete and durable suits of plate; because of this, the blades of swords also evolved further and became more effective and efficient thrusting tools.

Characteristics of the One-Handed Sword

When speaking of the one-handed sword, there were numerous characteristics and varieties that have appeared throughout time and in different places; appearance was not the only thing that developed but also the weapon’s function and power.

Single-handed swords were the kinds of weapons that featured a plain cross hilt, solid grip, crossguard, as well as a double-edged and razor-sharp blade.

Its sharpened edge also comes in a variety of types; however, the regular edges of a one-handed sword often appeared to have broad blades that become narrower towards a sharp tip.

These blades were lightweight and commonly accompanied by the shield for protection; the blades were highly effective against unarmored opponents yet were not really useful against enemies wearing armor. 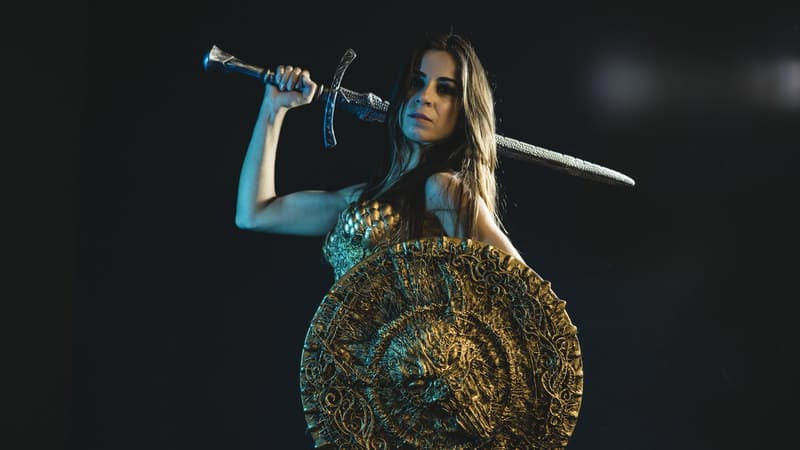 Still, the one-handed swords have evolved and developed into far stronger and sharper weapons that could readily pierce through any type of armor.

The development and improvement of these blades took centuries and the one-handed sword was not utilized at Tours (a place located in the center-west of France).

It is a fact that wielding weapons with two hands results in more powerful strikes, however, there are definite advantages when making use of the one-handed swords.

Listed below are the different types of one-handed swords that have been utilized throughout history:

The cutlass is known as a short slashing sword or broad saber that featured a straight blade with a sharpened cutting edge; there were times when the blade also appeared as a slightly arched.

The weapon featured a hilt that usually features a basket-shaped or solid cupped guard. This was a usual naval weapon in the years 1571 to 1862 during the Age of Sail.

The dusack is known as a single-edged weapon of the sabre or cutlass type and was utilized in the Habsburg Monarchy and in Germany during the sixteenth to the seventeenth centuries. It was also utilized as a practice weapon during the early period of contemporary German fencing.

The falchion is known as single-handed sword and is said to have originated from Europe; it featured a design that is reminiscent of the dadao from the Chinese and also the modern-day machete.

This type of one-handed sword can be found in a variety of forms that have appeared around the thirteenth century until the sixteenth century.

Other versions of the falchion appeared just like a seax but it later evolved and appeared similar to the sabre; other versions exhibit the one-handed sword as an irregular piece or just like a machete that has a crossguard. 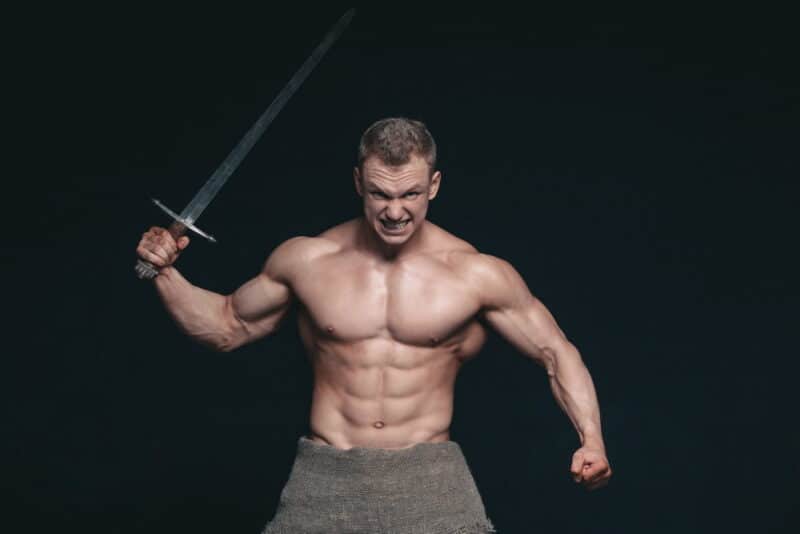 The messer which is the German term for knife was a single-edged blade that was constructed with a knife-like hilt. It had a variety of names which are commonly utilized synonymously yet the messers are categorized into two types: the one-handed swords made by middle-class civilians or the Bourgeoisie, and the langes messers or long knife.

The namcha was a one-handed sword from North-West Africa and was considered as a type of saif of scimitar. The weapon was mostly utilized during the late eighteenth century onwards and is highly noted for their durability and power.

For those who collect a variety of weapons or utilize these for cutting practice or training, one can readily purchase a fully functional or decorative one-handed sword for sale which has been inspired by the real straight or curved single-handed swords of history.

The fully functional blades are usually sharpened and ready to use for various training and cutting practice though one should remember caution is necessary when handling these types of swords.

On the other hand, the decorative one-handed sword is made with a blunt blade to keep it safe when utilized to adorn one’s home. It can also be a great piece to include in one’s growing collection of blades and armor.

The shamshir sword for sale is also available in various online weapon shops and one can simply choose if they prefer a functional or decorative one.