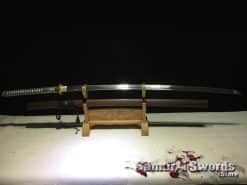 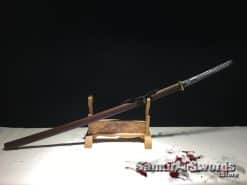 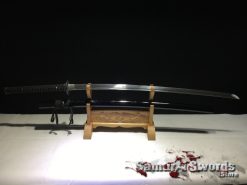 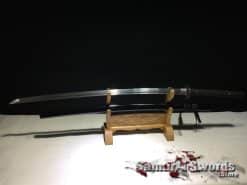 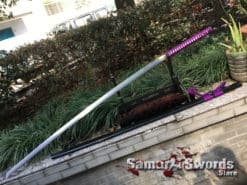 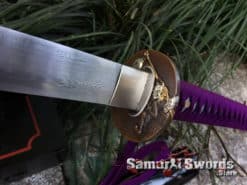 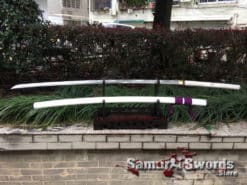 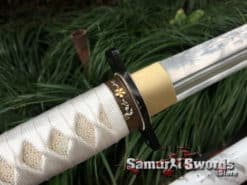 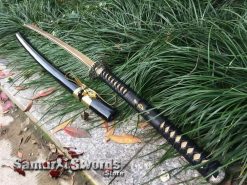 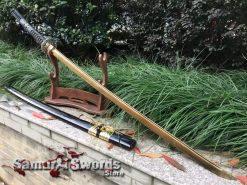 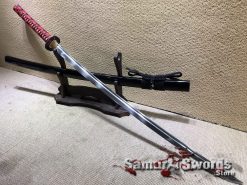 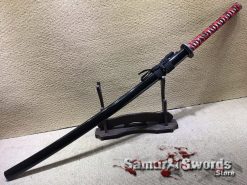 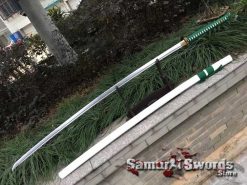 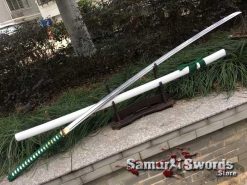 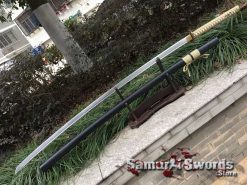 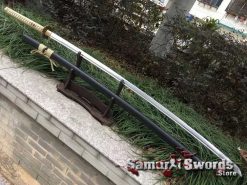 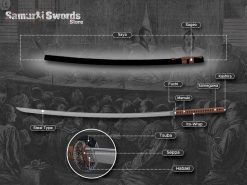 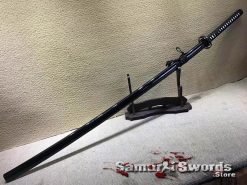 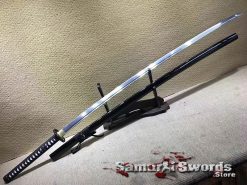 Handle Length: 1/3 of the blade length

Being a warrior in Feudal Japan was not viewed as an ordinary job. It was a way of life. An age of chaos ushered in the need for good swordsman. Odachi was a large sword. This was a type of traditionally made Japanese sword. The Japanese Odachi was related to the Chinese Miao dao. It is also compared to that of the Scottish Claymore and Spanish Espada Bastarda. The “O” in Odachi sword means “big or great”. This is an older sword than the katana. To qualify as Samurai Odachi the blade length must be at least 90.91 cm.

Legendary swords like these are part of Japanese history. It reflects the arts, entertainment and literature. Viewing the sword gives an idea on how it was use as a weapon. Odachi as a sword does not slice a cloth before it drops the floor. Although it is sharp as any weapon of its time it is not that sharp. It was not sharp enough to cut other swords in half. There is a chance that this sword was use with another sword during battle. Warriors of that period are known for using a backup sword with one main sword. Some of these odachi swords are carried by men on horseback during battle and some of these remain as ceremonial swords.

Because of its size, Odachi is acknowledged as a giant samurai sword. It can be a work of art in the hands of the right swordsman. The scabbard is hand made with wood and covered with leather. Techniques use long ago and passed on to each generations are used in these swords. Odachi means Big Sword. The longest Odachi on record is 377 cm. long and weighs 14.5 kgs. This is on display at a museum. At first glance it would look like a giant owns and uses it because of its huge size. This sword although that big and impractical to carry is used in battles except when it was made for the purpose of displaying it. This makes this weapon one of the unique weapons of ancient Japan.

Odachi’s importance died during the Osaka Natsu No Jin war of 1615. Since then it was used as a ceremonial piece. It is a must for Japanese swords enthusiast to own one. Who said that size does not matter? In this case it does, because even foes will quake when they see this weapon. This is the sword that even mighty warriors can be proud of. Ancient weapons are interesting however, some are not glamorous. This sword goes beyond interesting because it successfully combines the glamor side. It is one of the most noticeable things about this sword.

Our swordsmith can hand craft their version of this sword. All of our swords are handmade and show the expertise of the swordmaker. Our craftsmen have engineered a sword with power. This is built with razor sharp edge. The handle is made of hardwood. This includes a coordinating hardwood sheath.

Modern Odachi of Functional Use

Hanwei swordsmiths have mastered the technique of forging and heat treating a sword as big as this one. Only masters of their craft can build a sword that is historically accurate. This is one of history’s terrifying swords in Japan. There still exists a handful of functional Odachi that are not as expensive. Full tang blade can be ordered with the help of powered hammer. These are hand polished. These can be strong and sharp enough to cut. Special features can be added. It is also battle ready however, certain restrictions are enforced. This means this Samurai odachi can be use single handedly. Since these swords are customized no two Odachi sword are the same. Scabbards can be ordered that looks handsome with paint finish.

Some makers forge blades over hot coals using the original techniques passed through generations of swordsmiths. These are ancient techniques that follow Japanese traditions. Each part of the sword uses blackened steel to make the sword more functional. This also makes it easier for the owner to maintain. Braided leather is used for this type of giant sword. A sword must be kept protected especially when not in use. Cleaning up the sword once in a while is part of its proper maintenance.  This sword can last for a long time and can also be passed on the next generation. Odachi is for collectors who demand the very best that Japan have to offer in terms of famous swords throughout its history.

In novels as well as movies, weapons like Odachi work effectively for whoever owns it. People remain curious on how each blade was forged that allows the owner to poke someone with it. Some of these swords carry more elaborate origins than the characters that use it. Some of the fight scenes had shown on camera show how badass these swords are. Fight scenes are fascinating to watch however, there is something special about fight scenes using the Odachi sword. due to it’s enormous length, it is very difficult to wield by common men.

This sword is one of the most interesting piece recreated based on methods use when Japan was still ruled by Emperors and Samurai protect the nation. Owning an Odachi sword is something many collector aspire to.