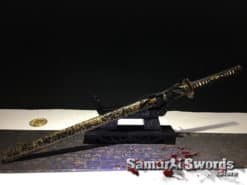 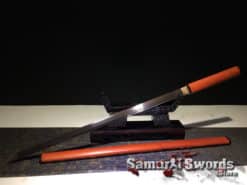 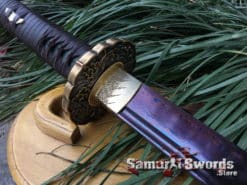 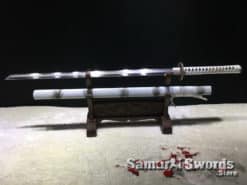 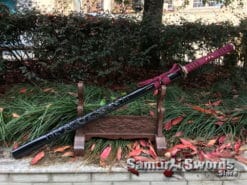 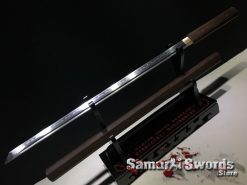 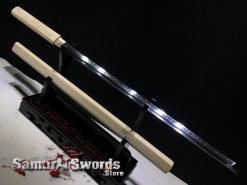 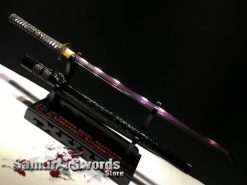 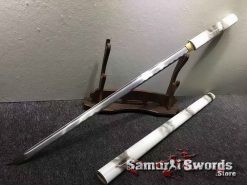 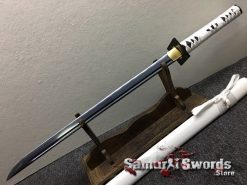 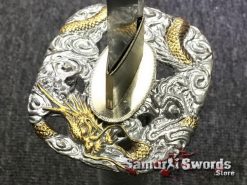 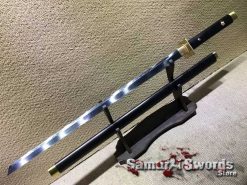 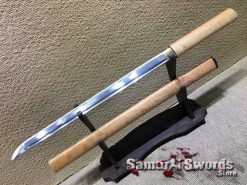 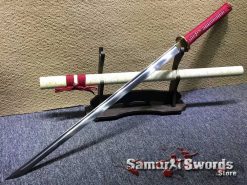 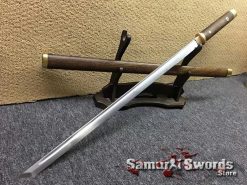 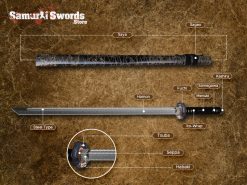 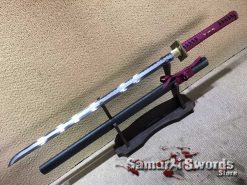 The Shinobi of feudal Japan prefered the use of Ninja swords. Ninja weapons like these swords are convenient to use because of its size. Ninja sword is a short sword with a straight blade, However our Ninjato normally feature a blade length similar to that of a Katana, although it can be customized to any size you want, simply contact us with your preference size.

In the old days of Japan, they were professional spies and assassins. They used different kinds of weapons and choose specific ones to do their job efficiently. . The rest of this sword is thick and heavy. The reason for this appearance may have to do with the Ninja warriors who forge their own blades using slabs of steel or iron. They grind the cutting edge of the iron or steel on a stone. Ninja families who follow Buddhism emulated the patron Buddhist who made swords that look like this. For the sake of convenience a ninja will choose a blade like this Ninja sword that are straight and short than the standards blades of that time period. There is actually a lack of historical evidence about this Japanese Ninja weapon, thus using this in a martial arts is highly speculative in nature. Some of the techniques mentioned though has to do with

Ninja are masters of the art of deception and imitation. They construct swords that look like those used by Samurai. However, they cannot copy the exact style because once the sword is taken out of the scabbard they are clearly not Samurai swords. Ninja are known for using their surroundings as weapon. The longer kind of sword would serve them a better purpose. However, these are simply crafted weapons that serve the purpose for which they decide to use it at the moment. They are good at creating different ways to attack. Aside from their sword, they can use a Ninja star for hand to hand combat. They perform their duties in secret and were known for sneaking on their enemies by surprise. They use the element of surprise in their favor. Espionage is one of their specialties.

They do perch themselves on rafters and cling to walls. This clearly means that they lean towards martial arts techniques rather than the focus on the quality of their swords. When left with the choice, a Ninja can simply leave his sword behind. Samurais cannot leave their home without taking a sword with them. Their quick movements require them sometimes to discard their weapons and run. Ninja serve just about anyone who is willing to pay their price. In today’s world they can be categorized as hired hitmen. They can be used to kill rivals for the right amount of money.

Ninja use different Ninja swords for each mission. This specific short straight blade was choose for ease of use especially in narrow spaces like inside a room. The main purpose of using Ninja swords is to stab an enemy rather than slay them. Scabbards were often said to double up as Ninja weapons as a respiration pipe when there is a need to hide underwater while secretly trying to spy on conversations. This scabbard is longer than usual to allow the Ninja to hide objects in it. Tsuba or the hand guard of the Ninja sword is larger than average and square unlike the common round tsuba. Some of the supposedly use for the tsuba may have to do with using it as a tool to reach an object a bit far from reach. In other words these are used to climb a wall. The sageo or saya cord is then retrieve and the weapon into the sheath. In some cases Ninja sword are used to trip an enemy when he is cornered or is about to attack. He uses the strap of this sword to bind his wounds when it bleeds after being attack. The essence of Ninjutsu is deception thus a shorter blade can get the job done. also one of the favorite weapons on the Ninja is known as Kunai which is two short knives that can be thrown or used to slash or stab the opponent from short distance.

Difference between Ninja and Samurai swords

Ninjas and Samurai were iconic figures in ancient Japan. There are some similarities between these two groups, however; they do follow different philosophies and methods of fighting. These were reflected in the choice of the weapons that they use. They also have different religious beliefs. As with other Japanese war societies, their weapons are extensions of their beliefs. In terms of similarities both of these were warriors of Japan, that were feared and respected.