Naginata falls under the classification of a Japanese sword. There are three classes of individuals in the Japanese society that used this weapon and these include the following:

Iconic weapon of the female warrior of Japanese nobility this was referred to as Co-Naginata.
Even if it is a pole arm its blades can be compared to that of a sword. In the case of the weapon used by women the weight was adjusted since the original Samurai Naginata was designed to be use and carried by a man. The weapon that armed woman was of lesser height because the average female height was shorter than their male counterpart.

A Naginata consists of a wooden pole with a curved single blade at the end of the weapon. Naginata has a round handguard between the blade and shaft when it must be mounted on a koshirae.

As mentioned earlier the Samurai Naginata is forged like that of a sword; same process and materials. The blade is removable though and is secured with the help of a wooden peg. From the tang sits it is reinforced with the use of metal rings or sleeves.

A wooden sheath covers the blade when it is not used. The blade is replaceable because during sparring it is often damaged. It is easy to replace being attached to the shaft with tape.

The simplest explanation on how this weapon was developed can be credited to the need for long weapons that can be used by individuals. Fighting in massed formation with the use of this weapon allowed the soldiers to fight even for those who are unskilled.

The Naginata is descended from the earlier hook yari. There is no clear history as to when the Naginata appeared or was first used. However, it was mentioned that this weapon was used by warrior monks to defend their Shintoist temples from invaders.

The use of the Naginata gain ill favor and during the 14th century, the monks gave it up after there were no attacks made on the temple. The best reference dates this weapon from 1146 to the late Heian period.

It was not until the Gempei War when the Naginata rose in prominence when the Taira clan fight against the Minamoto clan. During this period this weapon was regarded to be an effective weapon used by warriors.

This weapon was effective in dismounting cavalry and creating havoc to disable the horseback rider. Later on, the changing times and peace time useful for men on the battlefield it became a symbol for women.

This was emphasized when there was a need for women to learn to defend them while the man was at war. There was even an instance when a woman named Itagaki was able to defend the castle when she gathered 3,000 warriors using Naginatas. 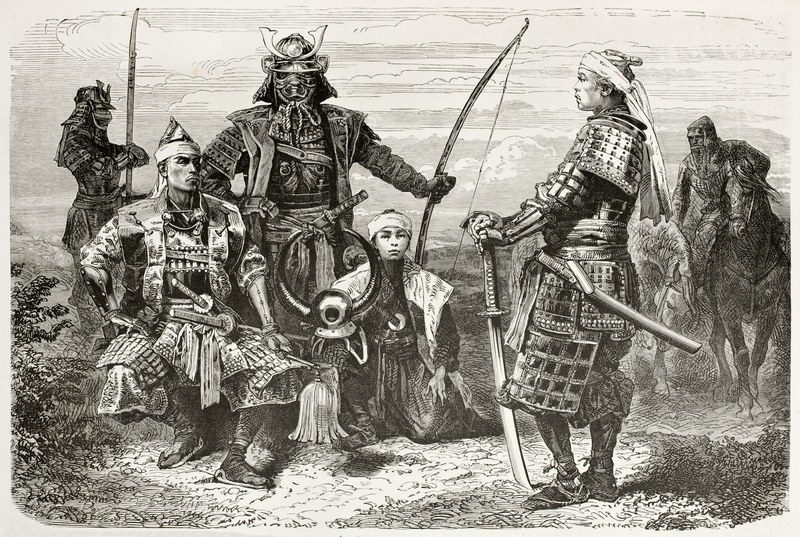 In peace time, this was perceived to be a weapon best left alone for war. Using it was prohibited. It was during this time when the mind and body was strengthened without the need to use weapons.

During the Showa period, using Naginata during practice was permitted and was incorporated in the school system in 1912. Girls were taught how to use the Naginata blade as part of their Physical Education training.

Since World War II, Naginata was used as a sport to ingrained discipline other than using this weapon for military training. At present there are a small number of practitioners who use this weapon as part of their martial arts training.

Some say that this weapon took its inspiration from the need for a longer weapon with a sword attached to a pole. Naginata is used for stabbing, hooking and battering enemies.

The curved blades allowed the user to fight the enemy while remaining at a safer distance. The long shaft offers greater leverage than a sword hilt. The martial art that wields this sword is known as Naginatajutsu.

For those who want to participate in the martial arts practice, a modernized form is referred to Atarashii Naginata or New Naginata. This is guided by the All Japan Naginata Federation or AJN.

Winners in school contests are given the Empress Cup Outside of Japan the use of this is guided by the International Naginata Federation however, not all countries have enlisted as member.

Practitioners of this art wear an obi, uwagi and hakama like those worn by Kendo practitioners. An armor known as bogu is worn when sparring is called for. In addition to armor, shin guards and gloves are added as form of protection.

It depends on what country this art is practice. In Japan, there are more women than men who are studying the use of this weapon. While in Europe and Australia this is practice by men.

The modern day version of this weapon resembles the European Halberd while its blade resembles those of scimitar or wakizashi.