Menuki refers to the ornaments found on the tsuka. This is the part under the tsuka-ito. Originally this part was used to hide the Mekugi pegs.

The Menuki can be found on traditional Katana and Wakizashi handle wraps. it fits the palm so that it would be easier to grip the sword. There are different kinds of Katana Menuki and some of these feature horses, lions, dragons and other animals.

There are museum-quality reproductions made of solid silver and sometimes decorated with 24K gold. Some are combinations of both.

This is one of the parts that define the character of the sword so that it can identify with the owner the sword belongs to, this part can only be replaced when the tsuka or sword handle is re-wrapped.

We have a wide collection of Menuki to select from, most are made of copper and metal alloy as well as brass, along with the history there were many different Menuki examples, some of the models can be described as follows: 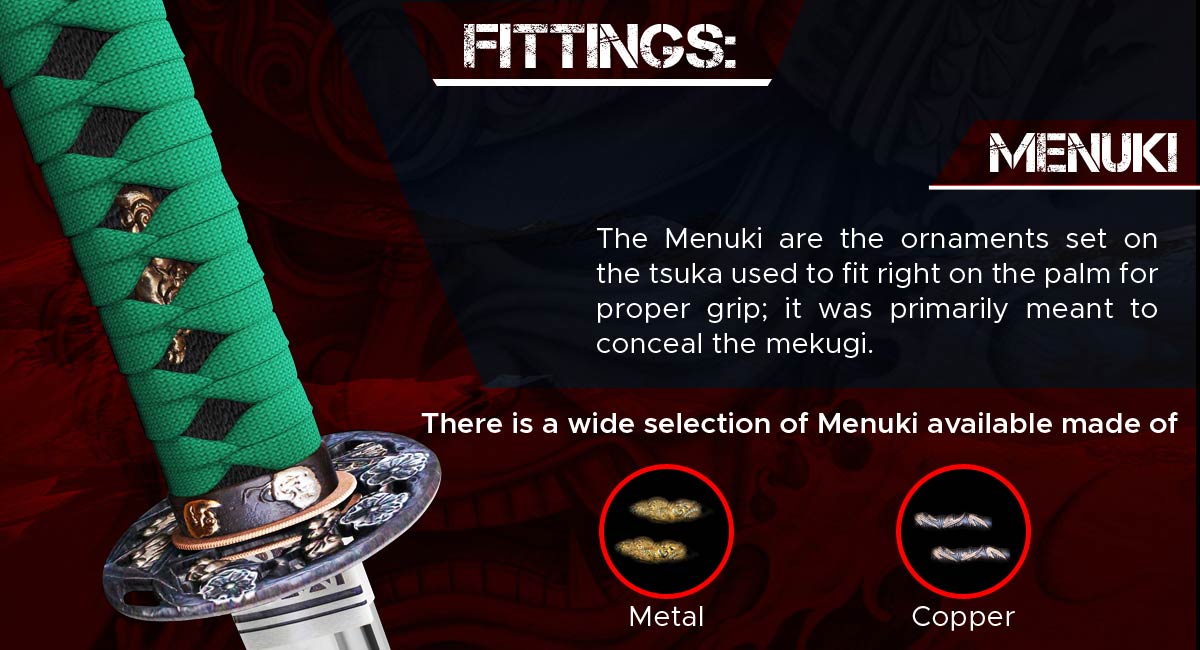 Some of these are the hardest Menuki to find: