A medieval spear is categorized as a pole weapon that is made up of a wooden shaft with a sharpened head. Its head may be the shaft’s sharpened end or it could also be made of another material that is linked to the weapon’s shaft; certain materials utilized may be bronze, obsidian, or iron.

The most common style of the shaft would be a spearhead made of metal that is either shaped like a leaf or a triangle. Spears were among the most common weapons that date all the way back to the Stone Age and has been utilized until firearms were invented for warfare.

Because of this, the spear may be considered as one of the ancestors of weapons such as the Halberd, Lance, Pike, and the Bill. This was also one of the earliest weapons designed by humans and it is still being utilized for fishing or hunting.

History of the Medieval Spear

After the demise of the Roman Empire, the spears and shields were still utilized by most Western European cultures, and since the medieval spear did not require a large amount of steel along its sharpened edges, it was considered as a very economical and useful weapon.

Aside from it being highly economical, the spear was also easy to manufacture thus, remained as one of the primary weapons of the soldiers.

Although Vikings were mostly portrayed by wielding a sword or an axe, they mostly carried spears just like with the Irish, the Anglo-Saxons, and a lot more.

At some point, the medieval spears became less popular during the fourteenth century and were replaced by pole weapons that featured the thrusting characteristics of spears together with the cutting elements of an axe.

The spears eventually evolved into weapons such as pikes which also became a primary weapon in the seventeenth and sixteenth centuries.

As the Middle Ages passed, throwing spears also became very rare yet survived and endured in the hands of the Catalan Almogavar specialists. Throwing spears were also mostly utilized in Ireland until the last parts of the sixteenth century.

As for the cavalry spears, these were similar to the infantry spears and were generally utilized with two hands or with a single hand but gripped overhead.

During the eleventh century, the spear became an extremely powerful weapon since mounted knights were able to secure the tool (a lance for example) by gripping it with one hand and tucking a part of it beneath the armpit this is called the crouched lance technique. 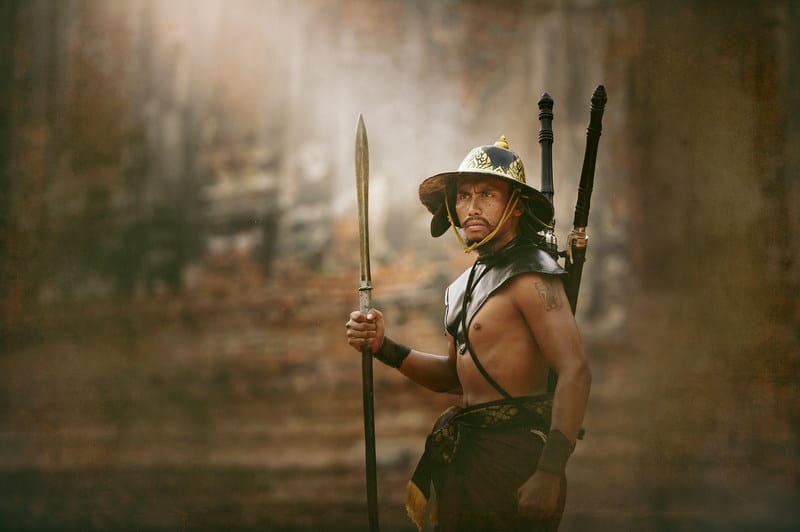 Executing this technique allowed the wielder more momentum of the stallion while simultaneously focusing on the weapon’s point and keeping adequate control.

Utilizing this technique for the spear spurred the creation of the lance as a uniquely distinct tool that was perfected in jousting.

Uses of the Medieval Spear

Medieval Spears can be utilized as melee or ballistic weapons but the medieval spear is mainly used for thrusting; these can be wielded with either one or both hands and are usually much sturdier and heavier compared to those spears that were specifically made for throwing.

Those spears designed for throwing usually called Javelins tend to be much lighter and feature a more streamlined head.

Advantage of the Spear

Thrusting spears also have the advantage of excellent reach since these are considerably longer compared to other similar weapons.

The medieval spear and its measurements are generally difficult to deduce since a couple of spear shafts that have survived measured around six to eight feet and this would be the norm for such weapons; however, there are some nations that were known for their lengthy spears and these included the Flemish and the Scots.

These weapons were commonly utilized in tight-ordered formations such as the Schiltron or Shieldwall; these have been created to resist cavalry since the spear’s shafts could be readily planted into the ground.

Medieval Spears were mainly designed to be held (just like the thrusting spears) or to be thrown (throwing spears) during battle.

The early medieval spear that is highly notable would be the Angon a throwing spear that featured a lengthy head that was similar to the Roman pilum used by the Anglo-Saxons and Franks.

Another would be the winged spear which featured two conspicuous wings right at the spearhead’s base. These were used to prevent the weapon from penetrating too far into the enemy or it could also work as help in spear fencing.

The medieval spear is considered one of the earliest weapons and tools of mankind and because of the weapon’s long history, the medieval spears have become staple items in a lot of weapon shops today.

One can find a great selection of finely-made medieval spears that one can use for practice or add to their collection of medieval weapons. 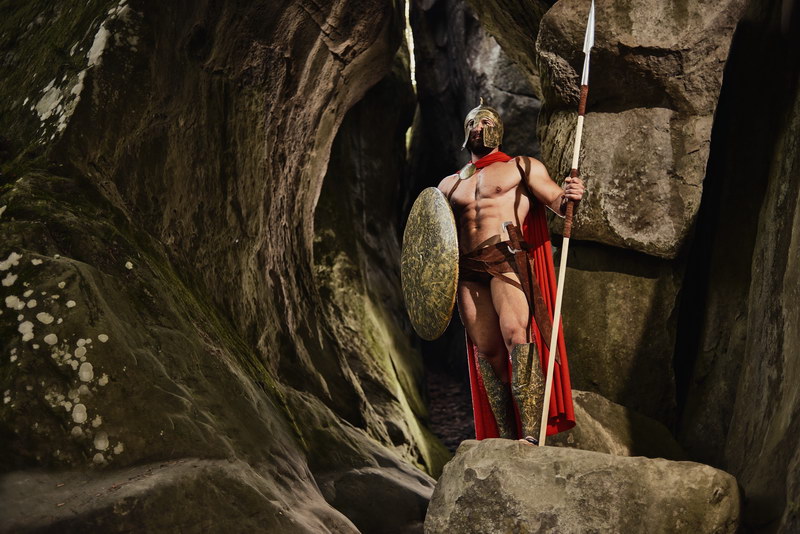 Keep in mind that not all of the spears being sold are functional since some are specifically made for decorative purposes; these decorative spears are made with highly attractive adornments that are perfect for a collector’s set.

Originally, these spears were created for hunting purposes since its extended reach allowed the wielder to easily kill with excellent efficiency from a specific range. Yet eventually, this feature of the spear became useful for the battle which is why it became one of the most common tools utilized during battles.

The knights, noblemen, and even the commoners favored the spear since it allowed them to strike enemies without putting themselves within reach of the enemy’s weapons.

Furthermore, the medieval spears were easy to create compared to swords which is also the reason why a lot of warriors preferred this during the medieval period.

One can find a medieval spear for sale in a variety of online shops too and these can also be fully functional or mainly for decorative uses.

However, it is best to ensure that the shop selling the spear is legitimate and provides weapons that are made from high-quality materials; this is to ensure the safety of those using the spear for a variety of activities. It is also smart to read various reviews about the seller to ensure their legitimacy and customer satisfaction.