The medieval armor was considered as one of the most important equipments of every warrior who fought on the battlefield since it provided adequate protection from numerous weapons utilized in battle; the medieval armor is known to withstand attacks from double-handed swords, battle axes, maces, daggers, bow and arrows, and even lances.

The chainmail and other types of padded armor were utilized even before the armor suits were created, and these were commonly worn collectively with the medieval armor.

A knight’s gear was generally created to protect and safeguard him from new lethal weapons that were regularly introduced in battle during the savage period of the Middle Ages.

The medieval armor that was eventually perfected and made adequately for battle eventually turned a knight into a strong, living and somewhat indestructible fortress; this was necessary since the defense was highly important on the battlefield and the medieval armor provided the perfect means of protection for any individual who battled during the warring period.

Aside from this being extremely important, knights also treasured this medieval armor since these are extremely costly to produce.

All of the armor were required to be tailor-fit and perfect for the knight since any incorrect sizing will cause danger to the individual wearing this; it could hamper a person’s skills and ability especially when it comes to fighting on the battlefield.

Furthermore, it was also considered as a status symbol of the knight: if an individual wore a medieval armor with excellent quality, it only meant that he was a very important knight.

The plate armor was first seen in the late thirteenth century while the full plate armor appeared during the fifteenth century; these medieval gear were durable and effective enough to protect a person from sudden attacks but it was also light enough to allow swift and quick movements on the battlefield.

Elements of the Medieval Armor

The elements of the medieval armor included a complex set of iron plates, garments, and the chain mail which all functioned adequately to conceal the most vital points of a knight’s body.

Parts that Concealed the Neck and Head

The armor that protected a knight’s neck and head included a detachable visor that was specifically made to safeguard the eyes and face of the wielder.

During the thirteenth century, the armor’s helmet was called the Bascinet which featured an aventail (the mail’s skirt) that specifically protected the neck. 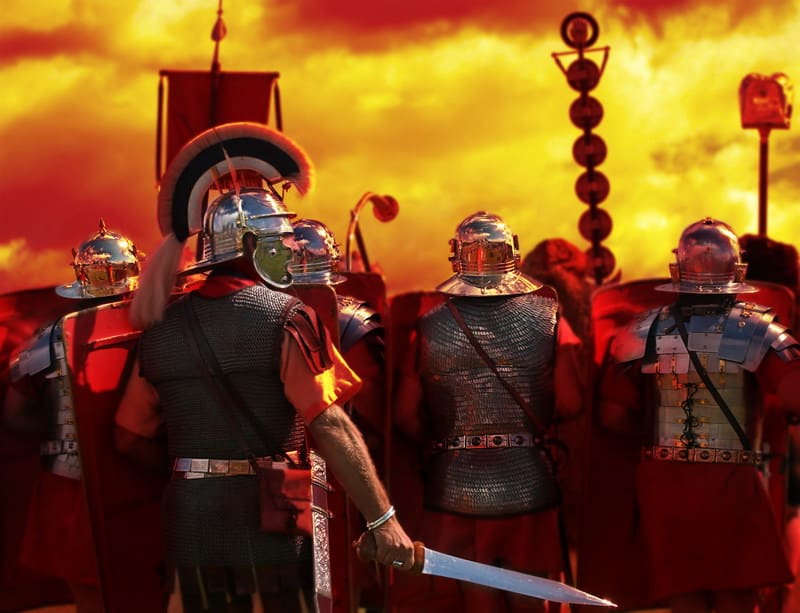 Portions that Covered the Body

The armor for one’s chest was referred to as the breastplate while the armor that protected a knight’s back was the backplate; the faulds were known as the armor rings linked to the knight’s breastplate and functioned to protect the lower back, hips, and the abdomen.

Parts that Concealed the Hands and Arms

The small circular shields that are intertwined to the chain mail right at the shoulder area are called the Besagues; these work to protect the user’s armpits from sudden stabbing or slashing; the piece that protects the upper arm is the rerebrace while the vambrace protects the lower arm.

The medieval armor for the knight’s hands featured ringed metallic plates that were set over the fingers, and these were called the gauntlets.

Parts that Conceal the Feet and Legs

The Sabatons are parts of the medieval armor that protect the feet and the legs; these featured riveted iron plates to fully protect the knight during battle.

The greaves safeguard the ankles and calf while the poleyns protect the knight’s knee cap; cuisses function as a thigh protector while the spurs that are fixed to the heel portion of the knight’s boots are utilized to spur the horses while on the battlefield.

The history of medieval armor has evolved and improved over time and there are a few vital factors that contribute to this evolution.

During this period, there were numerous types of medieval armor and these included the following:

This is considered as the earliest type of metallic armor utilized by the warriors during the Medieval period. It is a flexible gear made from intertwined metal rings that are fitted perfectly into one another, creating a flexible and efficient mail and ligament. 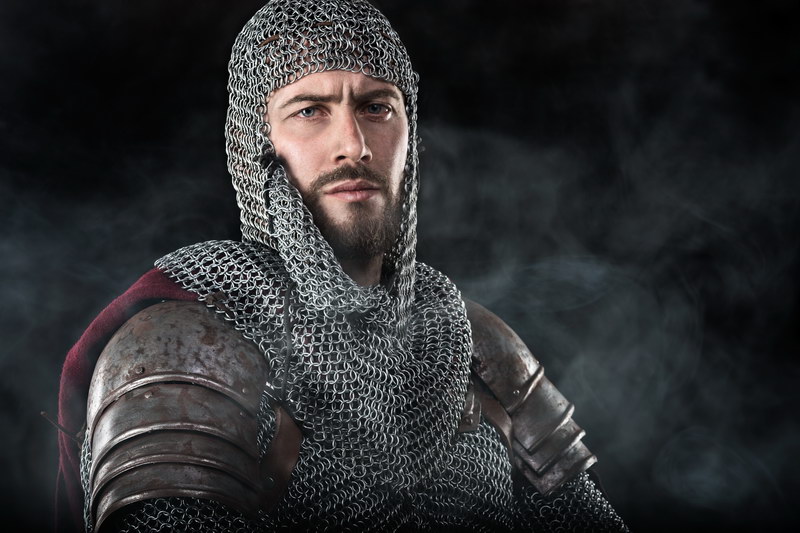 The creation of this type of armor was made to adequately protect body parts that were vulnerable to sudden and accidental blows from enemies; an example of this would be the gussets which were known as the small steel plates that protected the area along with the armpits.

This was probably the most distinct and unique fashion in armor from the late fourteenth and early fifteenth century. Compared to the protection on a knight’s head, the camail was fixed firmly to the helmet; the camail would also be set right over a knight’s surcoat.

For those planning to buy medieval armor just like what the knights utilized during the Middle Ages, one can find numerous shops that offer medieval armor for sale which appear just like the exact armor worn in the past.

It is highly suggested that one takes the time to look through various shops online for a range of functional and efficient medieval armor; doing so will allow an individual to find great armor pieces that can either be a single piece, partial sets, or a full set.

This variety will allow a buyer to select the piece that they prefer to add to their collection of medieval armor and weapons.