This part covers the entire area between the Hasaki and the Habuchi. Katana Ha Sword which is of the very best quality can turn a warrior into a valiant fighter. Just the sight of the sword alone can send shivers to enemies to make them run.

However, it is the responsibility of a sword owner to check whether there are existing chips in the Ha Katana. Since this fatal damage can even extend towards the Hamon or tempered end.

Some other problems like the cloud line running from the edge of the sword near the ha-machi. When this takes place this means the sword has been retempered. Different schools are known for producing different kinds of swords.

However, there are schools that do not fall under the traditional way of producing swords because they use a mixture of different elements.

It is not so easy to spot Kata Kiri Ha Zukuri blades. It is even harder to spot it based on photos alone no matter how clear these are. A full Kiri Ha blade exists based on the Katana Ha histories that are primarily made before the 9th century.

There is a chance that these are adopted from China where these blades are common. Moro Ha Zukuri Katana is known as the double-edged blade. Katana Ha made in such series.

However, not a lot of people use this double edge sword. It is not easy to handle and requires greater strength. Katana Ha of this kind is not produced in fantasies only. There are two styles of Moro Ha which has a double-edged blade. 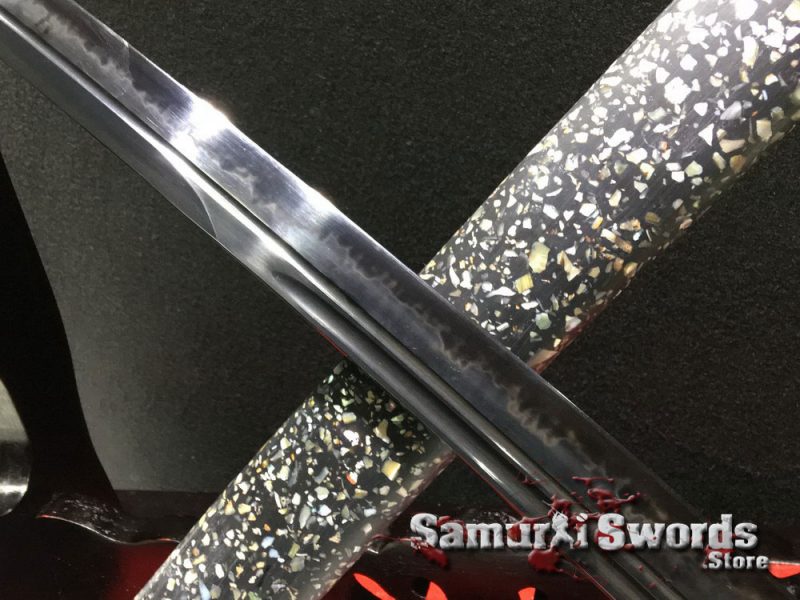 How to Create the Best Blades

Using the coarsest stones and 100 strokes on both sides of the blade will improve the appearance of the Katana Ha. The blade is rotated on the entire surface from the Shinogi to the Ha.

The Shinogi is the line that runs down the length of the blade giving emphasis to the cutting surface. The stones can be heard as it works on the Ha. As the edge reaches the tone produced by the stones changes.

A wide variety of sharpening systems are designed for knives. These jigs have one big problem and that is to see a slight curved continuous surface from the Katana Ha to the Shinogi. When cleaning the swords keep the fingers away from the Ha.