During the medieval period in Japan, the quality of iron ore was not very notable, yet despite this, numerous Japanese metalworkers took various debris of impure iron which were cleansed via flame for about seventy-two hours and formed into blades known as Folded Steel Katana.

These were set in a specially-made furnace called Tatara to be able to create steel called the tamagahane. Although this was not as pure as it should be, the Japanese swordsmiths folded the material to even out the carbon content that is present in the folded steel katana.

The katana sword is known as one of the traditionally made Japanese swords that were utilized by the samurais of ancient Japan.

It is a weapon characterized by its unique appearance – a single-edged curved blade together with a squared or circular shaped tsuba, plus a long tsuka to accommodate two hands when wielding.

In our shop you can find samurai swords that are made either from spring or carbon steel; plus, the swords can also be a folded steel or a clay tempered steel.

The folded steel katana is usually made of high carbon steel and the difference is that folded steel blades are steel that has been folded over and over; this is done until the outcome is adequate enough based on the smith creating the sword.

The Truth About Folded Steel

The process of folding the blade that is utilized for the nihonto is a part of the process of refining steel; this produces a subtle hada right on the blade’s surface.

So for those who wish to have these characteristics on their samurai sword, they should opt for a folded blade. In today modern world, the folding blade process does not improve the performance or the hardness of the sword and is primarily for artistic value.

Additionally, the folded steel katana is also very similar to the classic nihonto and for a lot of people, its price is definitely worth it.

A lot of shinken that are produced are not folded and are made from clay tempered steel; there is no specific equivalent between mono steel and folded swords, as well as durability, cutting abilities, or even edge retention. The tempering process and the type of steel utilized for this is extremely vital for the swords’ efficiency and use. 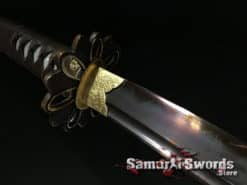 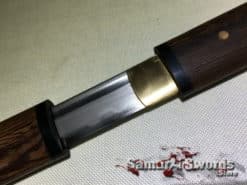 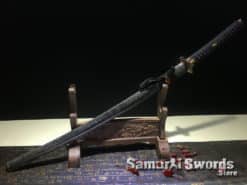 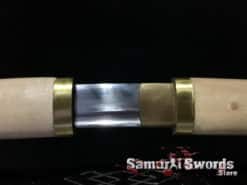 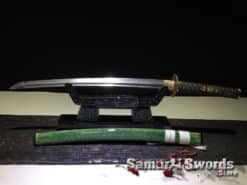 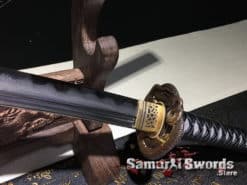 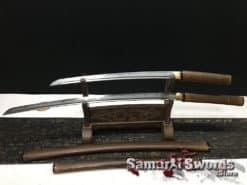 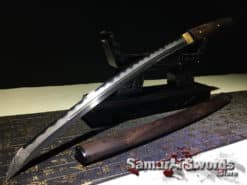 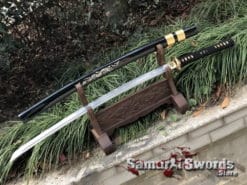 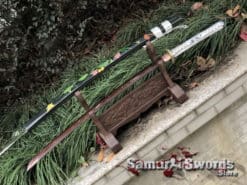 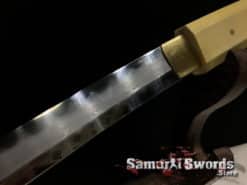 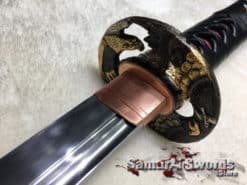 Although the folded steel Katana has a lot of cosmetic advantages, the downside of this is that there may be possible weld failures in between the layers.

Unless the process is done properly, the folded blade may be less durable compared to the mono-steel. As for the number of times the blade is folded our average is 13 folds which creates thousands of layers if you want more that can also be done.

There are some manufacturers who create swords and use the number of folds as their big selling points. However, in truth with today’s modern steel, the folding process does not improve the cutting performance of the sword.

In the past the folding process served very useful purposes: it removes various impurities and it also distributes atoms – such as carbon – evenly throughout the piece and homogenizing it. Also, a piece of steel that does not have the same formula may also have structural issues that make it fairly weak.

Finally, when it comes to layering as it reaches thousands, it tends to promote the adequate formation of crystalline structures in the arrangement of the atom which in turn, is basically great for strength. 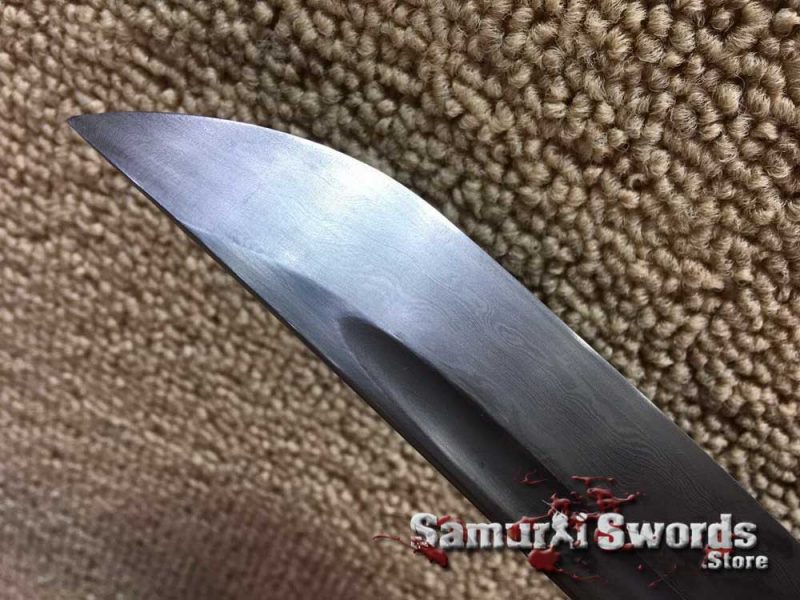 Folded steel Katana swords are created by layering numerous sheets before welding these via hot-rolling the entire set of sheets. The completed set will then be rolled until these get thinner, they will be cut into blanks which are sizes necessary for each blade.

The blanks may be hand-hammered or drop forged before these will be ground thoroughly to create the edges that will expose the folds. It is relatively efficient and easy to create a billet by utilizing this method since stamping tends to lose less of the sheets during the process.

Folding blade is still done by a couple of swordsmiths and they do this for a few reasons; one is due to tradition which tends to be more of a driving force in the culture of the Japanese. Another reason for doing this is because of art; the blade of a Japanese knife or sword displays a few very interesting subtleties.

As for the folded steel katana, these have different kinds of variations and commonly, these create the major styles that are quite popular thus, having a very active market all over the world.