The Cutlass is known as a broad and short saber or slashing sword that featured a straight or sometimes, slightly arched blade that was sharpened right on its cutting edge; it also had a hilt that mostly featured a basket-shaped guard that was used to protect the hand of the wielder.

The weapon was a common naval tool so most sailors utilized the Cutlass starting in the seventeenth century. The term Cutlass comes from the Italian word Coltellacio which translates to the knife.

Origin of the Sword

The navies and pirates made use of an unrefined sea weapon during the ancient period until the medieval age; they utilized such weapons since the pirates and navies did not really have any specialized naval tools. Instead, they relied mainly on battering pikes, rams, crossbows, spears, as well as land-based cavalry and infantry swords to fight off their opponents.

The age of exploration during the sixteenth and seventeenth centuries coincided with the rise of the national navies where sailors eventually received a professional rank. Piracy also increased when the sea’s trading routes were opened.

In the late sixteenth century, Europeans began utilizing the backswords which eventually became useful for both the sailors and land-based cavalrymen.

During the seventeenth and eighteenth centuries, soldiers and woodsmen utilized a similar broad backsword which was called the hanger or German messer which meant knife.

The Cutlass sword was also utilized on land but it was best known as the most favored weapon of sailors; as a naval sidearm, the popularity of this weapon was most likely due to the fact that it was a robust weapon that could easily hack through the canvas, heavy ropes, and wood.

It was also short enough to be utilized in close quarters such as below decks, in the rigging, or during boarding activities. Another advantage of the weapon is that it was simple to wield and the owner did not necessarily have to undergo tedious training to master the use of it. 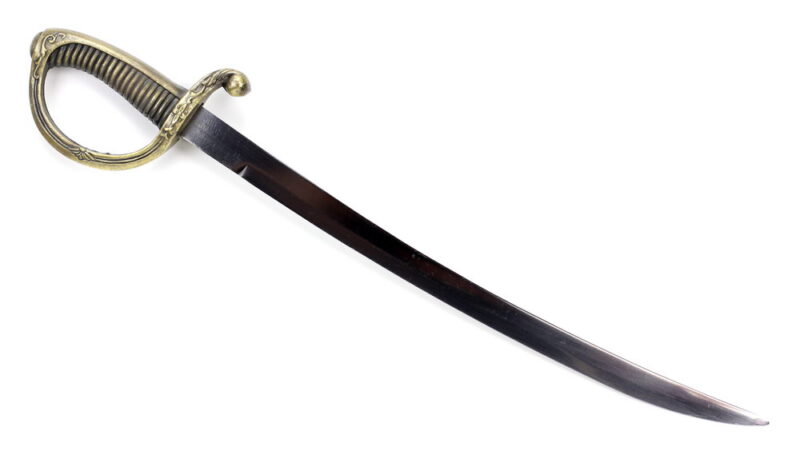 Characteristics of the Cutlass Sword

The Cutlass is known as a broad blade yet its width is thicker and shorter compared to the saber. Most of the Cutlass blades specifically those from the eighteenth century were slightly arched and had fullers that run all the way from the blade’s base up to its tip.

When it comes to the hilt, the weapon featured a variety of designs: some featured a basket, cupped, or ladled hilt. Although there were differences among the Cutlass, the common aspect of the weapon’s design was its knuckle guard which readily extends from the blade’s foot throughout the pommel to safeguard the wielder’s hand.

The Cutlass sword was also long enough to fit perfectly on the wielder’s sword belt; however, it was robust and short enough to actually be utilized for daily non-battle purposes. Such activities include cutting or slicing through mast ropes, deck canvas, as well as wood.

Pirates preferred this weapon due to it being easy to use unlike weapons such as the rapier which required adequate knowledge and style to properly utilize it.

The saber was generally ideal for land use yet the Cutlass sword was perfect for sea-battle during shipboard encounters since pirates mostly fought close-range battles in the narrow areas of the ship with this weapon, the pirates can easily and recklessly swing their Cutlass without getting caught in any of the riggings.

Another good and advantageous reason to use the Cutlass sword on the ship decks is that the weapon both had an excellent guard for the hand, as well as a very fatal blade.

The Various Types of Cutlass Sword

The Cutlass has been utilized as effective military weapons by the American, English, and French armies from the eighteenth century until the very first half of the twentieth century.

In this day and age, antique and classic navy Cutlass swords are greatly valued collectibles thus, considered as very prized possessions of every sword collector and enthusiast. Listed are some of the most favored antique Cutlass swords of history:

This specific type of Cutlass was utilized during the nineteenth century of the Revolutionary Era; it was the longer type of the Cutlass and these two almost had very similar aspects.

This Cutlass exhibited a blade that was stout and thick but despite its appearance, it was not a heavy type of weapon. The French Naval Cutlass was first introduced in the year 1801 and it featured a cupped hilt, curved blade, and a fuller groove. 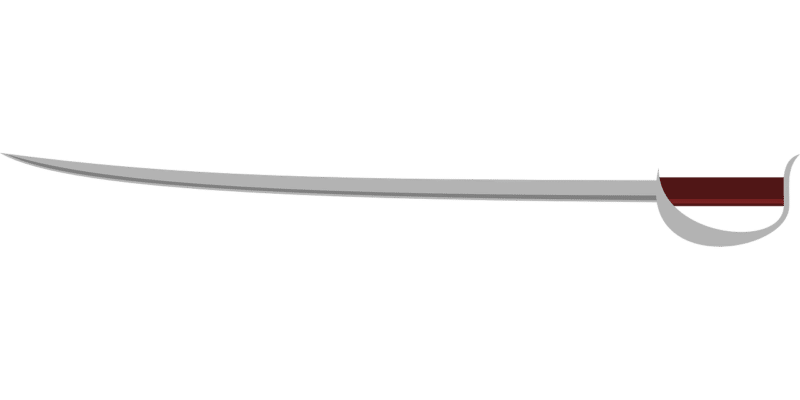 The US Navy Cutlass

The 1860 US Navy Cutlass served as a highly efficient weapon during the American Civil War and it was also utilized during the Spanish war.

Collecting these types of swords is not that difficult since there are numerous weapon shops online that offer a variety of the Cutlass sword for sale.

It gained more popularity in this day and age due to the numerous pirates that have appeared in numerous stories and films of today; aside from films, pirates have also been depicted in numerous comic books, games, novels, and a lot more.

When purchasing these types of swords, one can choose from the fully functional blade which has been sharpened adequately for immediate use; it is perfect for those who wish to engage in training and practice cutting. The other type would be the decorative piece which is specifically made for ornamental purposes.